Back to TVNewsCheck Home Print this page
DMA 10: ATLANTA

He moves from the Cox’s radio and TV properties in Orlando to succeed the retiring Steve Riley at its Atlanta ABC affiliate.
By Mark K. Miller | November 28, 2018 | 3:58 p.m. ET. 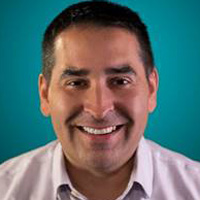 In his new role, Garcia will develop and execute strategic marketing plans to recruit new TV and digital users, strengthen engagement with loyalists and introduce a differentiated WSB-TV brand to new residents moving to the market.

Most recently, Garcia was senior director of marketing at CMG Orlando, which includes WFTV, WRDQ and its seven radio stations. Prior to this role, he was the promotion manager at CMG’s WJAX Jacksonville, Fla. Garcia has also worked as a promotion writer and producer at WSB.