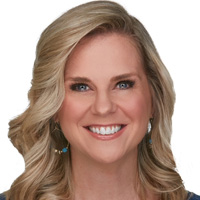 Tegna today appointed Christy Moreno president and general manager of its NBC affiliate KING Seattle, effective August 2. Moreno will be responsible for overseeing the station’s operations across all platforms as well as defining and ensuring the station’s organizational goals are met.

Moreno joins KING from Tegna’s WHAS Louisville, Ky., where she has been president and general manager since 2018. During her tenure, Moreno and the WHAS team launched investigative unit Focus, relaunched “Wake Up,” “The Big 4,” and “The NightTeam,” and grew video views across WHAS11.com and YouTube. WHAS11’s Crusade for Children, which raises funds for agencies, schools, and hospitals to make life easier for children with special needs, raised more than $5 million dollars in this year’s campaign.

“Christy’s had a noticeable and lasting impact at every stop in her career, and her positive leadership style is infectious,” said Brad Ramsey, SVP, media operations, Tegna. “In addition to her successful track record as a general manager, Christy has led some of the most accomplished newsrooms in the country and has always embraced innovation, giving our audiences and clients what they want and need. She is the perfect person to help the talented KING 5 team build on their storied history.”

Prior to WHAS11, Moreno was news director at Tegna’s NBC affiliate KUSA Denver, where she oversaw daily operations for the newsroom and collaborated with marketing, sales, and community relations. In 2017, the station won 12 Regional Edward R. Murrow Awards, the most in its history.

Moreno graduated from the University of Oklahoma with a Bachelor of Arts degree.

She is the former Region 8 director for RTDNA and state coordinator in Region 3.