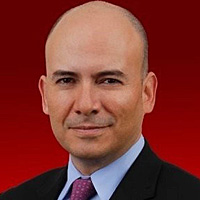 Chaparro was most recently president and GM of KDEN, the Telemundo station in Denver. Previously, he served in various sales leadership positions in Dallas and Chicago.

During his tenure at KDEN, he expanded the news operation and won “Station of Year” from the Colorado Broadcasters Association in 2018.

“Andrés has a record of creating partnerships with businesses and community organizations to become a leader in community engagement, most notably in outreach to the Hispanic community,” said Scripps Local Media President Brian Lawlor. “He is a recognized leader for innovation and journalistic integrity, and he will help drive KXXV and KRHD’s success.”

Scripps said Chaparro has experience “building strong culture within stations and building a local news brand within the community, with a special focus on promoting awareness around public health and education issues. He launched the largest and most comprehensive voter registration campaign in Spanish in partnership with the Colorado Secretary of State.”

Chaparro has a Bachelor of Arts in marketing and advertising from Politécnico Grancolombiano University in Colombia, South America.