Graham Media is moving him from GM of WJXT Jacksonville, Fla. to succeed the retiring Marla Drutz as head of its Michigan NBC affiliate.
By TVN Staff | August 19, 2021 | 1:15 p.m. ET. Since 2009, Ellis has been VP-GM of WJXT Jacksonville, Fla., and added WCWJ duties in 2017 after Graham completed its acquisition of that Jacksonville CW affiliate from Nexstar Broadcasting. He is returning to WDIV where he previously spent 15 years of his career in various management roles, including news director.

Under Ellis’ leadership WJXT has widened the gap as the most-watched television station in Jacksonville. In 2013 Ellis was named General Manager of the Year for markets 25-50 by Broadcasting + Cable magazine.

Emily Barr, Graham president-CEO, said: “Bob is an innovative, creative leader who fully appreciates the role local media plays in informing, celebrating, and uplifting the communities served. He is also keenly aware of the importance of embracing digital and OTT strategies to further connect with our audiences and users on every platform available. His Michigan roots and deep knowledge and respect for his WDIV colleagues make him ideal for this important role.”

In addition to serving as news director at WDIV, he held many other management roles there including assistant news director and executive producer of special projects. He began his TV career in sports — his first job was producer of the football and basketball coach’s shows at Michigan State University.

Ellis is an 11-time Emmy winner and has earned several regional Edward R. Murrow Awards and state broadcast association honors throughout his career.

Ellis is a graduate of Michigan State University and holds a BA in radio, television, and digital communication. The search for his replacement is underway. 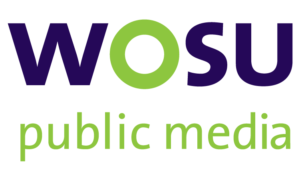