Back to TVNewsCheck Home Print this page
DMA 20

The station group promotes him from financial controller at KCBS-KCAL Los Angeles to lead its CBS-CW duopoly in the state capital.
By Mark K. Miller | September 19, 2018 | 2:40 p.m. ET. 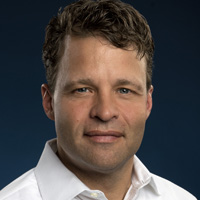 A 23-year veteran of the CBS Television Stations group, Draper has served as the financial controller at KCBS and KCAL in Los Angeles since 2010. In his new role in Sacramento (DMA 20), he succeeds Jay Howell, who in June was named VP-GM of the group’s Pittsburgh properties, KDKA, WPCW andCBSPittsburgh.com.

“Justin has been a key contributor to our success everywhere he has been during his more than two decades with our station group,” said Peter Dunn, president, CBS Television Stations. “His abilities and insights extend well beyond the finance department, as he has been heavily involved in every area of our operations for many years. We look forward to having him work with our talented team of employees in Sacramento and build on our success there with both our legacy broadcasting and rapidly growing digital platforms.”

“It is a wonderful honor to continue my career with CBS by receiving this exciting opportunity to lead our operations in Sacramento,” Draper said.