He joins CMG from AutoWeb, a full-service marketing organization for dealers and manufacturers, where he has been EVP-CFO for the past two years.
By Mark K. Miller | November 19, 2020 | 7:51 p.m. ET. 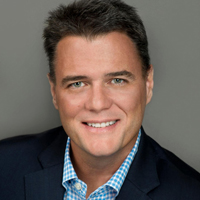 Hannan joins CMG from AutoWeb, a full-service marketing organization for dealers and manufacturers, where he has been EVP-CFO for the past two years.

Hannan brings to CMG three decades of functional expertise and technical knowledge in all aspects of corporate finance and financial planning across media and technology. CMG said he has “successfully completed $5 billion in career M&A and financing transactions as CFO; realized more than $250 million of post-deal operational synergies across 16 separate transactions; and implemented numerous enterprise ERP systems for financial and human capital management. He is well versed in complex tax strategies to maximize operating cash flow and has leveraged his role on several executive leadership teams to help create expanded efficiency, innovation and growth.”

Prior to joining AutoWeb in 2018, Hannan served as CFO of several other publicly traded entities, including Social Reality, Cumulus Media and Lincoln Financial Media (Jefferson Pilot).

He began his career with privately held Lambert Television, where he served in a variety of roles including chief operating officer and chief financial officer.

Hannan currently is the chairman of the board of trustees at Chrysalis Fund and is a national voting member of the Emmy Awards for the Academy of Television Arts & Sciences. He is a former committee delegate of the Radio Music License Committee.

Hannan holds an undergraduate degree in business from the University of Southern California, Marshall School of Business.