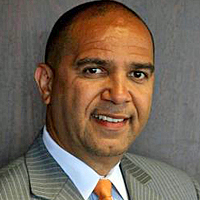 In this new role, Bangura will have oversight responsibility for CW affiliate WDCW Washington and independent WDVM Hagerstown, Md., serving Central and Western Maryland, the Eastern panhandle of West Virginia and Northern Virginia. He assumes his new responsibilities immediately and reports to Theresa Underwood, Nexstar SVP and regional manager.

Bangura brings more than two decades of local broadcast management, sales and marketing experience to his new role. Since 2014, he has been president-GM of WADL-TV and WFDF-AM Detroit (DMA 14), where he developed and oversaw long-term strategies and all aspects of the day-to-day operations for both media businesses.

During his tenure at WADL, Bangura and his team transformed the television station, improving its programming, promotion, and on-air look, and winning WADL’s first Emmy Award for the locally produced talk/discussion show From Glory Days.

Prior to leading WADL, he was president-GM of WMYD Detroit from 2009 to 2014, building the station’s first news department and launching its first late local weekday newscast. Before joining WMYD, Bangura held a variety of broadcast sales positions of increasing responsibility at television stations in Detroit.

“David is an exceptional broadcast, sales and marketing executive with an impressive career that spans more than 20 years,” Underwood said.  “During his years working in Detroit, David delivered exceptional results in content development, community interaction and exclusive high-profile partnerships.  His sales teams at WADL-TV and WMYD-TV regularly exceeded their goals by expanding local program offerings and by implementing innovative television and digital marketing strategies that grew audience reach and community engagement.  He is extremely familiar with how to manage multiple media businesses within a given market, understands the importance of crafting multi-platform solutions for advertisers, and has consistently developed strong partnerships with local community businesses and organizations.

Bangura earned his Bachelor of Arts degree in finance from Wayne State University in Detroit.