The news follows the announcement on Tuesday that Frank Biancuzzo, also a longtime Hearst Television executive vice president and group head, has been named president of Hearst Media Production Group, a new business unit to develop and produce original programming.

“For the last five years, Ashley and Eric have been a fantastic team leading our sales organization to new heights,” said Hearst Television President Jordan Wertlieb. “I am truly excited that both will join Mike Hayes in providing outstanding leadership and assistance to our local operators. Our ability to have such accomplished executives, who have successfully served in both station sales management and general management, seamlessly step into these important roles speaks to the outstanding depth of talent in our company.” 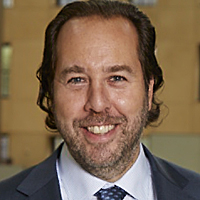 Meyrowitz was promoted to senior vice president, sales, in 2017. He joined Hearst Television as vice president of sales in 2014; the move marked a return to Hearst for Meyrowitz, who served as national sales manager for WBAL-TV, Baltimore, between 1997 and 2000. Before returning to Hearst, he was vice president and general manager of WPIX New York, where he helped create and launch the station’s first 5 p.m. newscast, as well as New York’s first Health and Wellness Expo.

Before WPIX, Meyrowitz was vice president and general manager of WDCW, the CW affiliate in Washington, D.C. He began his television sales career as an analyst and, later, account executive at HRP, now a unit of Cox Reps.

Gold joined Hearst Television in 2017 as vice president, sales, from KRON San Francisco, where she served for nearly three years, most recently in the dual role of vice president/general manager of both KRON and KOIN Portland, Ore.; while there, she oversaw the launch of a primetime KRON newscast.

She previously served for more than a decade with WDCW Washington, which she joined as a local account executive, later becoming the station’s national sales manager, then general sales manager and, ultimately, VP-GM in 2010 — remaining there until August 2014 before moving to KRON. She began her broadcast career with WITH-FM Rockville, Md.

A native of Pittsburgh, Gold graduated from the University of Maryland with bachelor’s degrees in marketing and international business and she is also a graduate of the National Association of Broadcasters Leadership Training Program. She is a former board member of the California Broadcasters Association, the Society for Television, Advertising & Radio in the Bay Area, and the Maryland, DC, Delaware Broadcasters Association.

She is also a member of  HearstLab, which provides cash investments and services to early-stage, women-led startups innovating across fintech, data analytics, health, transportation, enterprise technology and media, and she has been a guest speaker for the University of Maryland Business School, focusing on women in leadership and media.

A sales executive will be announced at a later date.