He has spent the past 18 years with Hearst Television, most recently as president and general manager of WDSU, the NBC affiliate in New Orleans, since February 2007.
By TVN Staff | September 27, 2021 | 3:15 p.m. ET. 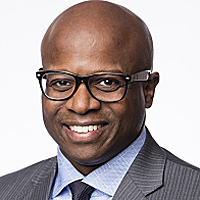 Vilmenay will be joining CBS Stations after having spent the past 18 years with Hearst Television, most recently as president and general manager of WDSU, the NBC affiliate in New Orleans, since February 2007. While at WDSU, Vilmenay has overseen the station’s rise to first place in the key adults 25-54 demographic on multiple occasions in several local news time periods and has been a two-time winner of Hearst Television’s “Best of Innovation” Award.

In 2020, Vilmenay was named General Manager of the Year (markets 26-50) by Broadcasting & Cable, and WDSU received the Prestige Award in recognition of being selected Louisiana Station of the Year by the Louisiana Association of Broadcasters.

In January of this year, Vilmenay was one of 13 senior-level leaders named to the National Association of Broadcaster’s newly created Diversity, Equity and Inclusion Advisory Committee.

“We are pleased that our Los Angeles team is getting a solid leader like Joel, who is an innovator as well as a thoughtful provider of inspiration and calm,” McMahon said. “As a broadcaster and proud Louisiana native, I admire Joel for the incredible poise and professionalism he has displayed the last 14 years in one of the busiest breaking news markets in the country. Beginning with his first days on the job in New Orleans, 18 months after Hurricane Katrina, and continuing most recently with Hurricane Ida, he has helped his colleagues and local community rise above the storm on countless occasions.”

“I join Wendy and others in our industry who know Joel in being thoroughly impressed with his character, creativity and achievements,” Mitchell added. “In addition to being a leader who is well-liked and admired, Joel also stands out for all the work he has done to reimagine the business of local broadcasting and build out new content distribution platforms and opportunities for future success. We can’t wait to welcome him and his family to Los Angeles and introduce him to the talented and experienced team at CBS 2 and KCAL 9.”

A native of Washington, D.C., Vilmenay’s passion for broadcasting dates back to working at WMUC Radio at his alma mater, the University of Maryland. After earning his bachelor’s degree in radio, television and film, he began his professional career 31 years ago as an account executive at WWWZ-FM in Charleston, S.C.

Less than a year later, he returned home and spent several years with WUSA-TV, the CBS affiliate in Washington. After that, he moved to Grand Rapids, Mich., to be general sales manager at WZZM. He then gained his first experience as a general manager by leading KETV Omaha, Neb., from 2003 to 2007.

Vilmenay also earned an MBA from the University of Maryland. He is chair of the Louisiana Association of Broadcasters, and a trustee and treasurer of the Ogden Museum of Southern Art in New Orleans.