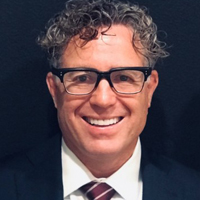 Sinclair Broadcast Group today appointed John Manzi vice president-general manager of its Fox affiliate KSAS, and the simulcast stations, in the Wichita-Hutchinson, Kan. market. Manzi will also be responsible for the oversight of Mercury Broadcasting’s KMTW, the market’s MNT affiliate that Sinclair services under a local marketing agreement.

Manzi joins KSAS from RNN National, where he was the group vice president of operations, overseeing the systems and operations for the company’s nine television stations. Prior to his role at RNN, Manzi was president and general manager of KDOC Los Angeles where he helped grow the station from an independent to a full-scale news, sports and entertainment station, increasing core revenue by 200%.

In making the announcement, Rob Weisbord, President of Broadcast and Chief Advertising Revenue Officer, said, “John has a unique skillset that combines sales, business and engineering, the perfect combination for a General Manager in today’s environment. His history of successfully growing the revenue and share of local stations makes him a great addition to Sinclair and KSAS, and we’re happy to have him join our team.”

He began his media career as an account executive for TeleRep in New York.

Manzi holds an MBA from the College of William and Mary and a Bachelor of Science in engineering systems from the United States Merchant Marine Academy. At the USMMA, Manzi was captain of the varsity soccer team and became a commissioned officer in the U.S. Navy upon graduation.