She is responsible for all aspects of the company’s finance and business operations. She was promoted to corporate after serving as business manager for the group’s WJXT-WCWJ duopoly in Jacksonville, Fla.,
By Mark K. Miller | August 1, 2018 | 12:27 p.m. ET. 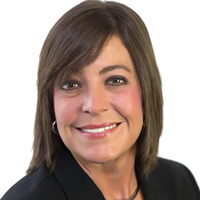 Kim Parker has been named vice president and chief financial officer of Graham Media Group.  In her role, she is responsible for all aspects of the company’s finance and business operations.

“It’s always a pleasure to promote from within,” said President-CEO Emily Barr. “Kim’s versatility, passion and business acumen reflect the culture of Graham Media Group. We are fortunate to have such a talented and ‘home grown’ leader join our corporate team.”

Parker started her Graham Media Group career in 2007 at WJXT (independent) and WCWJ (CW) in Jacksonville, Fla., as the business manager.

She began her broadcasting career in 1996 working for broadcast software companies Enterprise Systems Group and Marketron. She started as a training and implementation specialist and was promoted to senior manager of product delivery. She later became a regional controller at Media General for its Jacksonville, Fla., and Columbus, Ga., properties.

Parker is actively involved in the broadcast industry, holding the position of the treasurer of Pearl, a consortium of companies pushing the ATSC 3.0 next-gen TV standards.

Parker received her Bachelor of Science in accounting from the University of Colorado.