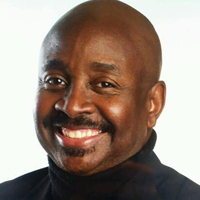 Clark is currently VP-GM of Scripps’ KGUN and KWBA Tucson, Ariz. A southern California native, the new position will mark Clark’s return to San Diego, where he worked for CBS in the late 2000s.

Clark joined Scripps in 2014, first leading Scripps’ radio operations in Tucson. He then led the TV stations and, for a short time, led the radio and TV operations as general manager.

Prior to his arrival at Scripps, Leon launched the sales operations on the West Coast for audio streaming company TuneIn and, before that, was market sales manager for CBS in Atlanta.

“Heading back home to San Diego is an exciting opportunity as I look to the next chapter in my career,” said Clark. “I have had an incredible experience with my colleagues in Tucson, and look forward to continuing my career with Scripps and helping San Diego continue its great work in that market.”