The veteran media executive with more than 25 years of experience in broadcast sales, marketing and management will oversee WJZY and WMYT in North Carolina
By TVN Staff | September 14, 2021 | 12:47 p.m. ET. 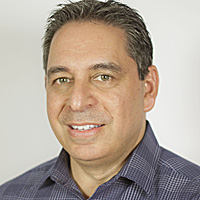 Bucher brings more than 25 years of executive broadcast management experience to his new role at Nexstar. Since June 2015, he has been vice president and general manager of WPTV West Palm Beach, Fla., where he was responsible for the long-range strategy and day-to-day management of the television station and its related digital, mobile, and social media channels.

Bucher first joined WPTV in 2007 as director of sales, responsible for all aspects of the station’s local and national sales operations.

Prior to WPTV, Bucher held a variety of sales and marketing positions of increasing responsibility at television stations in Miami and Philadelphia from 1995 to 2005. He began his professional career as an attorney, following his graduation from law school in 1993.

“We’re extremely pleased to have someone with Lloyd’s talent, experience and commitment stepping in to lead Nexstar’s broadcast and digital operations in Charlotte,” Romines said. “His innovative approach to developing effective cross-platform marketing solutions for advertisers and community partners and his ability to build high-quality news, sales, and marketing teams that collaborate effectively will serve WJZY-TV, WMYT-TV, and fox46.com well. We’re looking forward to celebrating the successes to come under Lloyd’s leadership of our talented staff in Charlotte.”

He graduated from Hofstra University with a bachelor’s degree in marketing and earned his law degree from the Widener University School of Law in Wilmington Del.