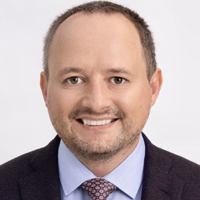 Local Now and The Grio are super hyper-local streaming services providing local news, weather, sports, traffic, and lifestyle content targeted to each user’s ZIP code. Local Now has achieved over 1 billion viewed minutes of content, and both Local Now and The Grio also provide free streaming movies, television shows, concerts, and documentaries. Marinescu will be based at the Allen Media Group headquarters in Los Angeles.

Marinescu has 19 years in the cable and broadcast television sales industry and comes to Allen Media Group from his recent position as vice president of revenue partnerships for the Viacom/CBS free streaming television service, Pluto TV. While at Pluto TV, he oversaw the company’s programmatic and reseller business across more than 20 monetization partners, including key strategic partnerships with Amazon, FreeWheel, and SpotX.

Marinescu was brought on by Pluto TV as the company’s first sales executive with the focus of growing the direct sales business. Prior to joining Pluto TV in 2017, he helped grow and run the digital sales business at CBS Television Stations Group, establishing media partnerships with many of the leading advertising agencies in the country.

Marinescu previously worked for Ampersand (previously NCC Media), the cable representative firm, and Time Warner Cable, now Charter Spectrum. Marinescu started his career in the industry at Adlink Cable Interconnect after graduating from the University of Southern California with a bachelor’s degree in political science.