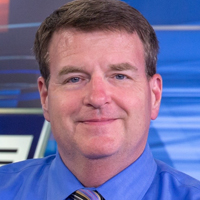 In making the announcement, Abernethy said: “Mike’s proven record of success made him the ideal candidate to lead our Charlotte duopoly. He is a remarkable news director, with a keen local news instinct and we are looking forward to seeing him get the job done in Charlotte. I want to thank Kieran for his hard work and leadership at our stations and the significant progress that has been made under his watch.”

Most recently, McClain was VP-news director of WAGA Atlanta, a position he held for the last eight years. Before that, he was the news director at WTVT Tampa, Fla.

Prior to that, he spent 27 years with WBRC Birmingham, Ala. McClain began his career at WBRC as a news photographer and worked in a variety of positions before serving as VP-news director in 2007, a position he held for nearly six years.