Rich Boehne Retiring From Scripps Board

The long-time executive will step down as chairman and retire from the board when his term expires on May 3. Kim Williams will become chair of the board, effective the same date.
By Mark K. Miller | February 18, 2021 | 9:14 a.m. ET.

Rich Boehne has notified the board of directors of The E.W. Scripps Co. that he will step down as chairman and retire from the board when his term expires on May 3. Kim Williams will become chair of the board, effective the same date.

Boehne leaves a long legacy of stewardship over the company, having had a hand in driving much of the company’s evolution and value creation over decades, said Adam Symson, Scripps president and CEO.

“Rich has left a lasting imprint on our businesses and culture, from his belief in the journalist’s role in bringing light to the world’s injustice to the entrepreneurial mindset he instilled in his team and that remains core to who we are today,” Symson said. “Rich’s leadership for over 30 years has been invaluable to our company’s success, and we wish him well as he steps away to pursue other interests and opportunities.”

Boehne became CEO and joined the board in 2008 when Scripps Networks Interactive was spun off into a separate publicly traded company with its cable network assets, including HGTV and Food Network. Prior to the split, Boehne was chief operating officer of the combined company.

A 1981 graduate of Northern Kentucky University, Boehne joined the corporate staff in early 1988 to help the company prepare for its initial public offering of stock. Before moving to Scripps headquarters, he was a business reporter and editor at The Cincinnati Post, where he covered Wall Street, the national economy and developments in the media industry.

“Scripps is entering its next season of success underpinned by a ferocious commitment to doing well for shareholders by doing good for its customers and communities,” said Boehne. “I’m pleased to complete my service to Scripps at a time when opportunities abound for the enterprise under the strong stewardship of CEO Adam Symson and soon-to-be board chair Kim Williams.” 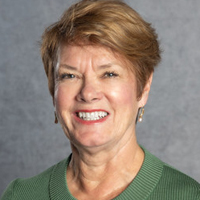 Williams has served as a director of the board since 2008 and the board’s independent lead director — elected by public, Class A shareholders — since 2018.

Williams, 65, is a financial expert with more than 25 years of investment management experience, including serving as senior vice president, partner and associate director of global industry research at Wellington Management Co. A veteran public company board member, Williams also serves on the boards of Xcel Energy and Weyerhaeuser. She is chair of Scripps’ audit committee and a member of the executive and nominating and governance committees.

“Since she joined the Scripps board, Kim has contributed to the company in so many ways, through her wealth of board experience, deep financial expertise and an innate sense of corporate stewardship — all of which has helped Scripps continue to capitalize on the changing media landscape,” Symson said. “I look forward to her leadership as we set our course as a full-scale television company.”

Golden Globes Admits It Has No Black Voters Amid Shocking Snubs

OAN Runs Into More Conflict At The White House