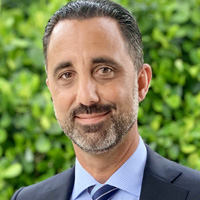 Rothstein, a 23-year WPBF veteran who has spent his entire career with Hearst, assumes his new role on July 27.  He succeeds Justin N. Antoniotti, who has been appointed president and general manager of Hearst’s WGAL Lancaster-Harrisburg-Lebanon-York, Pa.  Rothstein’s successor at WPBF will be announced later.

“Ryan is truly a homegrown product of Hearst Television; he has succeeded at every position while at WPBF and has displayed leadership skills that have helped fuel the station’s thriving success,” said Hearst Television President Jordan Wertlieb. “With significant investment over the last few years, WPTZ and WNNE are poised for even more growth, and Ryan is an outstanding selection to lead our team.”

Rothstein’s experience at WPBF has included growing involvement in the station’s participation in South Florida’s busy political activity. He was also instrumental in the planning and execution of the WPBF 25 Health and Wellness Festival featuring Dr. Oz, which has become a highly popular annual community event in the West Palm Beach market, and he developed a data-focused sales initiative that was later rolled out across many Hearst stations.