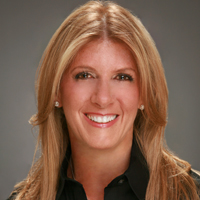 She will be responsible for day-to day oversight of the national general market ad sales teams. She will formulate sales strategies and tactics to drive revenue performance and collaborate with teams to develop new business while nurturing existing relationships with valued clients. Chisarick will be based in New York and report to Michael Teicher, chief revenue officer for the division.

Chisarick joins Scripps from 20th Television, where she served in ascending positions across two decades, most recently as senior vice president, general sales manager. She led the oversight of the company’s sales portfolio, including How I Met Your Mother, Modern Family, Family Guy, Family Feud and The Wendy Williams Show. In addition, she negotiated annual upfront deals with media holding companies and agency leads, spearheaded oversight of all in-program integrations, sponsorships, digital integrations, and custom content creation, worked closely with branded partnership groups at 20th Television and all program partners and more.

“Jodi has a unique blend of expertise, spread equally across sales, pricing and planning and is peerless in building trusted, solution-orientated relationships with key stakeholders,” Teicher said.  “She will be a tremendous asset as we bring the new Scripps national networks to market.”

Chisarick earned a bachelor’s degree in journalism and advertising from the University of Maryland in College Park, Md.

Greg Lipstone To Exit As President Of Propagate Content