He will be responsible for the planning and execution of all linear and nonlinear multiplatform research related to the brands, content, marketing, distribution and advertising sales of Scripps’ national networks.
By Mark K. Miller | January 26, 2021 | 12:24 p.m. ET. 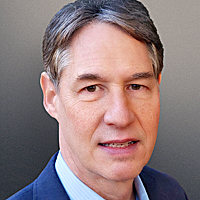 He will be responsible for the planning and execution of all linear and nonlinear multiplatform research related to the brands, content, marketing, distribution and advertising sales of Scripps’ national networks. He will report to Jonathan Katz, chief operating officer and head of entertainment for the networks.

Most recently he provided brand strategy, consumer insights and custom market research as a consultant for NBCUniversal, Disney, Crown Media and the Weather Channel, among others.

Prior to joining Turner, Marks oversaw ad sales, marketing and affiliate research for Telemundo, the nation’s second-largest Spanish-language television network, as vice president of research and had similar oversight responsibilities as senior vice president for Channel One News.

“As we build our new national networks business, it’s imperative that we consistently and thoroughly assess the consumer landscape to better understand their interests and needs in this rapidly evolving media marketplace,” said Katz. “Jon’s expertise in all areas of research will help further our strategy and will be critical to elevating our sales, programming and marketing efforts well into the future.”

Marks earned a bachelor’s degree in government from Cornell University in Ithaca, N.Y.

Pose’ To End With Season 3 At FX