The force behind the station group’s retrans efforts and station acquisitions will become a consultant next month.
By Mark K. Miller | May 26, 2021 | 6:42 a.m. ET. 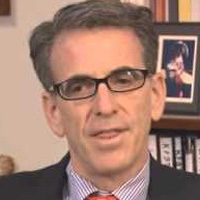 Barry Faber, Sinclair Broadcast Group’s president of distribution and network relations will retire on June 25. During his 25 years at the company, Faber helped Sinclair grow into one of the largest and most diversified broadcasters in the country.

During his years as general counsel, he guided the company through a multitude of acquisitions, including more than 150 TV stations and Tennis Channel. He is well known for leading Sinclair’s and the broadcast industry’s ground-breaking and ultimately successful efforts to be paid by pay TV providers for their content. Faber has served as Sinclair’s president of distribution and network relations since April 2019.

“Barry has been a key factor in propelling Sinclair to the forefront of the broadcasting industry and shaping its direction,” said David Smith, Sinclair executive chairman. “With Barry’s oversight, our company took the lead and transformative step to be compensated for the cost of the high-quality programming that others were reselling. Barry has been an integral part of our executive team for decades, positioning us as a leading broadcaster and diversified media company.”

“I am grateful for the opportunity to have worked with such a forward-looking and entrepreneurial company that always strives to better itself and the industry in which it operates,” Faber said. “David Smith and Chris Ripley, and all the others I have worked with over the years, have always been very supportive of my endeavors, for which I am very appreciative, and I extend my best wishes to them as they embark on the next chapter of Sinclair’s incredible journey.”

Faber will transition to a consultant for Sinclair after his retirement, continuing to provide services relating to distribution and network relations. Sinclair will announce his replacement later this year.