He succeeds the retiring Dan Mellon in overseeing the company’s data and technology integration into the sales process.
By TVN Staff | August 17, 2021 | 3:12 p.m. ET. 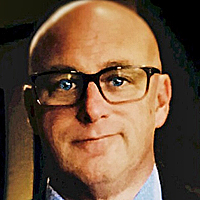 “Dan has over 25 years of experience in the broadcast and cable industry with an extensive background in station operations, finance and change management,” Weisbord said. “We are proud to be promoting him to this new role, where he will help evolve our sales strategy and productivity, while driving revenue working with technology partners.”

Hoffman, who joined Sinclair in 2013, will also retain his current responsibilities as group manager, with operational oversight over 15 properties across Sinclair Broadcast Group.

Prior to joining Sinclair Broadcast Group, Hoffman was vice president of sales for Granite Broadcasting, focusing on multiplatform operations with sales integration. Prior to that, he worked for several groups in the broadcast industry including Gray Television, Nexstar Broadcasting Group and Emmis Communications.

Prior to those groups, he was director of sales at Comcast Corp. overseeing operations in both the Baltimore and Washington DMAs. He started his career in the cable industry as an account executive for Tele-Communications Inc. in Erie, Pa.