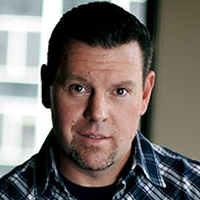 In this newly created role, Zeigler will initially focus on the development and execution of comprehensive brand marketing strategy for all of Sinclair affiliate stations and 21 regional sports networks). He will also assume responsibility for Sinclair’s promotions, creative services and marketing departments.

With a long career in broadcast, Zeigler brings over two decades of experience in leading creative and marketing strategy for sports news brands. Most recently, he was vice president of the YES Network where he established an in-house creative and marketing agency named YES Creative Group that oversaw on-air branding, digital marketing and strategic initiatives.

In addition to his leadership roles, Zeigler worked in marketing and creative departments in several broadcast TV markets.

“John has consistently developed strategic marketing campaigns that led to incredible brand growth across multiple networks,” said Rob Weisbord, Sinclair president of broadcast and chief revenue officer. “As a pioneer of both creative and marketing strategy within the broadcast industry, Sinclair cannot wait to see what exceptional work John will bring to both our viewers and the Sinclair community.”

Zeigler has won numerous awards and accolades throughout his career, including 28 Emmy Awards and 31 Promax Marketing Awards.

Before his career in broadcast, Zeigler served in the United States Army National Guard as a nuclear, biological and chemical warfare specialist, and was awarded both the Army Achievement Medal and the Army Commendation Medal for his service.