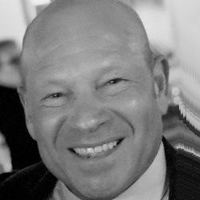 Rosenberg brings more than 30 years of industry experience to Sinclair, working at the intersection of television, entertainment and sports. The company says he will be “instrumental in fully integrating all of Sinclair’s new sports assets into the company, further positioning Sinclair as a leading name in sports.”

“I’m thrilled to be taking on this new role with Sinclair and further the company’s presence in sports,” said Rosenberg. “This represents the culmination of decades working in the broadcast industry, and I am excited to be able to combine my love for TV entertainment and distribution with my passion for sports. I look forward to working with the current management team, including the RSN COO/CFO Billy Chambers, and others, in continuing the company’s already incredible work, bringing local sports content to more people.”

Rosenberg has spent decades working in television and entertainment, spending more than 20 years with Universal Studios. He began his career with Universal working in sales, and was quickly promoted to vice president of eastern sales and national sales manager. In the following years, with the growth of first-run production, cable distribution and revenue, Rosenberg became executive vice president of sales responsible for all domestic television revenue, for both programming and advertising sales.

In 1997, Rosenberg was named president of Universal Domestic Television and in 2001 added co-president of Universal Television and World Wide Distribution, where he was responsible for all programming, production, distribution, legal and business affairs, content development, promotion, marketing and all new media activities across all markets globally. He oversaw an extensive library of Universal content and products that were distributed worldwide, including more than 5,000 feature films and more than 40,000 hours of series television. Rosenberg’s approach led to many network shows becoming staples of both broadcast and cable television. His pioneering sales and marketing efforts, including the development of dual platforming, has led it to becoming an industry-wide practice.

“For three decades, Steve has proven himself to be at the forefront of TV distribution and has consistently brought an entrepreneurial mindset into the corporate world,” said Sinclair President-CEO Chris Ripley. “Without Steve’s pioneering efforts, TV would not be enjoyed the same way it is today, and we are excited to bring this dynamic leader onto our growing team. Sports represents a pivotal pillar of Sinclair’s future and we couldn’t be more excited to have Steve leading this charge.”

In addition to his personal passion for sports, Rosenberg has been involved in sports programing both in and outside of the boardroom. He has also been part of ownership teams of several minor league baseball teams as well as part of ownership groups in sports facilities.

Rosenberg will join the company beginning July 20 and will assume the role of president on Sept. 1 upon the retirement of Jeff Krolik, current president of Sinclair’s regional sports networks. Rosenberg will be reporting to Rob Weisbord, president of broadcast and chief advertising revenue officer at Sinclair.

What sports?? Must be a relative of the Smith boys