Sales and research executives from CBS Television Stations, Gray Television and BIA said they see a sharp rise in core revenue ahead this year, while UM Worldwide threw some colder water on that prediction in a TVNewsCheck webinar on spot TV last week. The executives also tackled the iffy near-time prospects of fully-functional automated buying and selling and the growing revenue prospects of local streaming. Above, Julio Marenghi, president, advertising sales at CBS Television Stations said that the CBS owned stations are seeing more money from OTT business extensions — “There’s definitely more money than there was a year ago” — but it’s not yet significant.
By Janet Stilson | February 1, 2021 | 5:30 a.m. ET.

Despite all the headwinds American businesses are experiencing from the COVID-19 crisis, top station sales and research executives said at a TVNewsCheck webinar last week they’re expecting a sharp rise in core revenue (excluding political) over the coming year. (To watch the full webinar, click here.)

But there were caveats: one agency executive believes results will be far less rosy. And the executives are lowering their expectations that a fully-functional automated buying and selling system will happen anytime soon.

Those were some of the insights that emerged last week during the webinar about the future of spot TV advertising moderated by this reporter.

The panelists looked back on TVN’s annual spot TV forecast last fall, when sales executives projected an average 7.4% increase in core advertising this year compared to last year. Two sales executives on the panel thought that was on the low end of their current expectations. To put that number in perspective: the same survey found that core ad revenue for 2020 would be down 18%, given the ravaging pandemic.

“So far, it’s been a pretty robust Q1, and we think that 7.4% is actually pretty conservative,” said Julio Marenghi, president, advertising sales at CBS Television Stations. He said that orders for the first quarter broke late, but then came in strongly in November, even with the huge automotive category struggling a bit. “It could be a low double-digit year,” he said about CBS’s station ad revenue overall. 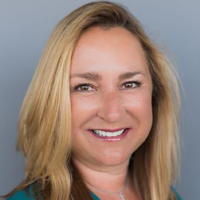 Becky Meyer, SVP national sales at Gray Television, agreed with that assessment. “Spending in January is up double digits, versus last [January], which was pre-pandemic. We have to keep in mind that January and February business was fairly solid, going into 2020 overall. And there are some real bright spots.” Gray’s pacing numbers keep her cautiously optimistic.

For CBS, the financial service and entertainment categories — particularly streaming services promoting new shows — have been very strong, as have spirits and beverages, leading into the Super Bowl broadcast, Marenghi said.

Among the ad sectors that are positive standouts for Gray are sports betting. “That category is just exploding,” Meyer said. She added that the pharmaceutical category is very strong, as is insurance “between medical insurance, supplemental insurance, even off sign-up times. With the new administration, there’s all kinds of things that will be driving that moving forward.” 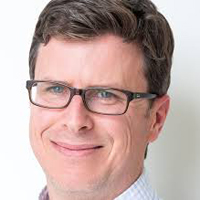 Spot revenue expectations for 2021 are much less optimistic from at least one agency’s point of view. “We think it will be tough to get back to flat,” said Brad Thompson, SVP and partner, integrated investment at UM Worldwide. “We’re actually looking at it being down slightly. The continuing struggle of some of the categories due to the pandemic is definitely playing a part in it. And the big shift away from linear into digital during the pandemic — we’re not sure that’s going to come back.”

The categories that are dragging, from the agency’s perspective, are not only automotive, but quick service restaurants, travel and some forms of entertainment that were severely impacted by the crisis. 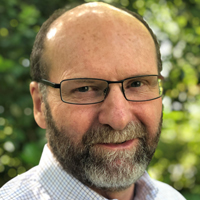 “Auto repair is one of the categories that breaks into double-digit [increases] for us. We’re calling it at 12.4%,” Ducey said. All the individual sub-categories within the finance ad sector are growing at “double-digit or better.” He also expects increases in the teens for entertainment, assuming Americans go back to live gatherings, like movie theaters.

Other numbers on individual categories came from Bruce Roberts, president of WideOrbit. The company, which provides stations with trafficking services and an automated sales platform, aggregates data from about 2,300 stations, then anonymizes it and averages the results. “Right now, for the first quarter, pace is down a little more than 7%, which isn’t terribly bad,” he said. “It isn’t impactful yet.” 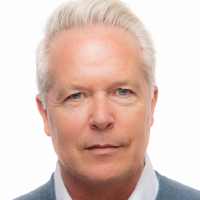 Revenue that is garnered by streaming services at the local level — not only stations, but services like Hulu, Roku and YouTube — should grow by 20% this year, Ducey said. BIA estimates local streaming revenue last year was $1 billion, and he expects it to increase to $1.2 billion this year.

Marenghi said that the CBS owned stations are seeing more money from over-the-top (OTT) business extensions, but it’s not yet significant. “There’s definitely more money than there was a year ago.”

Meyer said that Gray’s clients have an increased interest in OTT options, but she objected to the notion that it is growing solely at linear spot’s expense. “I think that’s the assumption. And there’s a really good place for all of it to harmoniously work together,” she said.

UM Worldwide’s Thompson said that while he sees a shift to OTT, he doesn’t see a huge change. “Digital video hasn’t overtaken linear. Looking at it all as video is the ultimate goal,” he said, referring to the need for a metric that would allow buyers and sellers to gauge the performance of both streaming and linear video together. “I don’t think it’s happening to the detriment of the linear affiliates,” Thompson said. “There’s a space for what they can provide on the digital video side, and that’s how we approach it.”

He said that at UM, the “vast majority” of transactions are executed with automation to some extent. “We are not executing end-to-end, in the way we are looking to do,” he added. “The stewardship and the go-pay piece need to be layered into it. That’s our focus now.”

Meyer said she originally thought a fully operational automated process would be ready by 2022. She’s now thinking 2024. The progress has been “two steps forward, five steps back,” she added. “I’m hopeful that there will be a reset this year.”

Roberts said WideOrbit is working diligently toward those end-to-end goals with automation. But he noted that other important things are also coming up for spot. “One of the big things coming on the horizon that I think is exciting is ATSC 3.0,” he said. “The opportunity to go head-to-head with digital publishers with targeting and everything else. The digital revenue for stations is going to explode.”

Amino Outs Itself As MobiTV Bidder

‘When Calls The Heart’ Renewed For Season 9 At Hallmark Channel