TV stations are still hiring during the pandemic, but HR executives say they’ve had to get creative in their largely virtual environments, turning to social media and marketing tools to fill key positions, particularly account executives, producers and executive producers.
By Paige Albiniak | November 18, 2020 | 5:30 a.m. ET.

Just like so many other things, the pandemic has forced much of TV stations’ hiring processes to go virtual. Stations have made it work, even when it comes to such challenges as hiring new leaders — and relocating them, which multiplies the degree of difficulty — and hiring entire rosters for such mammoth endeavors as launching a new network or a new show.

The good news is that TV stations are still hiring. In most cases, they aren’t expanding their teams or trying to grow, but they are maintaining head counts and filling spots that come open due to promotion or attrition. Part of that is because while local TV was hurt early in the pandemic due to the resulting advertising slowdown, much of that money came back when the election heated up in late summer and fall. 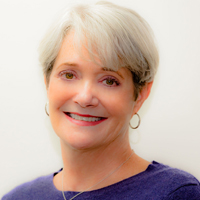 “I really have not heard where TV has been hurt as badly as some other media during the pandemic, because it was such a strong political year,” says Laurie Kahn, CEO of Scottsdale, Ariz.-based Media Staffing Network.

Still, the abrupt switch to work-at-home in March forced everyone to literally go virtual overnight, and that included anchors as well as account executives, general managers and even engineers. While anchors and essential staff are back in stations in most markets, being able to stay on track while working remotely is now a necessary skill.

“Everybody had to adapt really quickly,” Kahn says. “If someone doesn’t have the skills to be organized and work from their home, it will hurt them.”

As shutdowns swept the country, executives had to learn quickly that almost everything that can be done in person can be done virtually, and they had to find platforms to support that. That’s an approach they have refined as the pandemic has carried on. 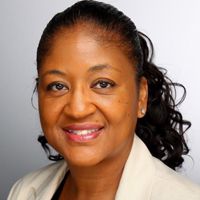 Scripps this year also converted its internship program into a virtual one, and held two virtual career fairs, one of which was just completed two weeks ago and included some 100 interviews. Scripps also is offering virtual video tours of its stations to potential hires because showing would-be employees their new digs is an important part of closing the deal.

“The key tool to recruiting is the station visit,” says Thomas Dolan, president and owner of Dolan Media Management, which recruits news, marketing and digital professionals across the industry and has placed some 500 managers and producers. “Some 60% of the decision to take the job is based on that.”

Getting people to relocate is the hardest part about hiring during the pandemic, several executives agreed. Logistically and emotionally, it’s hard to ask people to upend their lives and move to new towns in the middle of a pandemic. It’s challenging to sell and buy houses, check out school districts and see what a new market has to offer, much less spend time at the station and with potential new co-workers.

And in general, young people are much less willing to move for a job than their older counterparts. 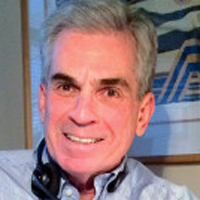 Marketing their locally-focused brands is something TV station groups are getting more used to, and many of them are leaning heavily on social media, and LinkedIn in particular, to do it.

“LinkedIn’s engagement level has risen more than 2,700% during the pandemic,” Hite says. “We’ve done a lot of social media campaigns focused around career opportunities, our brand and our virtual internship program, all as part of promoting Scripps’ culture.”

Treating recruiting like marketing is an important part of the job these days — especially when it comes to attracting younger talent — and most of that marketing happens on digital platforms.

“It’s incumbent upon us to really sell what we have. Broadcast TV is not going to go away,” says Julie Dreixler, chief human resources officer, Graham Media Group. “When you start talking about the web or being online, that can be the segue to get that younger group in, that’s what they use and are used to. We have to do a good job of saying we are not just broadcast — we are media hubs. That is how we market ourselves.”

Beyond that, companies need to start connecting with potential entry-level employees as far back as high school, particularly when it comes to recruiting diverse talent. To do this, some companies, such as Scripps and Nexstar, have programs in place with local universities, as well as internships and mentorships that have been run virtually during the pandemic.

Stations are always looking for young and diverse talent, but positions that are particularly in demand during the pandemic are account executives, producers and executive producers.

“We are hiring salespeople in every market we have,” says Kate Doty, director of talent and team development at Morgan Murphy Media, which has TV stations in Washington and Wisconsin. “The sales conversations are different and the things we are selling are different and more creative. The need is still there, and the process is moving forward — we just need more bodies on the street. The accounts are still there, it’s just a different marketing mix.”

Salespeople tend to be hard to hire because younger generations have a negative impression of what sales entails, Kahn says. “The younger generations are scared of the world ‘sales,’ ” she says. “They think sales means sitting behind a desk making 100 calls, so we don’t use that word. We say account manager or executive.

“We are [pushing] companies to start paying attention to who is already in their market,” Kahn adds. “When they only want to hire someone with their own experience, they’ve got to open their horizons. Who’s in their market with sales in their gut?”

Despite all of the challenges, several companies went forward with big plans, undaunted by the challenges presented by the pandemic. In September, Nexstar launched NewsNation on its WGN America, for which it hired some 150 people, relocated many of them and went live during the pandemic. Meredith debuted its new entertainment magazine, People (the TV Show!), which required staffing a show based in New York City.

For NewsNation, “it was a case-by-case scenario and in some cases, these people were essential, and they had to be in the building,” says Tammy Phillips, senior corporate recruiter at Nexstar. “They took every precaution to keep everyone safe.”

“Just what we had to do to get the People show on-air is a story in and of itself,” says Gary Brown, SVP of content for Meredith Corp. “Just to build the set, the set designer drove in to New York from Florida to do the 14-day quarantine.”

In addition, Meredith launched its two-hub creative group during the pandemic, which has required hiring some people and laying others off while consolidating much of the company’s marketing operations into hubs in Phoenix and Nashville.

“We have to move the business forward and restructure where necessary and see how we see things for the long term,” Brown says.

That sort of change — virtual interviews and studio tours, consolidating into hubs, having many people work remotely — is among several that recruiters and hiring managers expect to stick around once the pandemic finally fades away.

“We just hired a new senior director of diversity and inclusion,” Dreixler says. “In the past, the diversity person would have had to be [at our corporate headquarters in] Chicago. Now you can be in any of our markets. She happens to be in Detroit.

In fact, the pandemic has shaken the whole corporate mindset at Graham and other companies.

“In the past, we have said this is your office and we aren’t open to remote working,” Dreixler says. “That has gone by the wayside. We have proven that we can do it.”

“We should reevaluate the way we did things prior to this,” Nexstar’s Phillips says. “As we evolve as an industry, the fact that someone produced a newscast from their living room changes what we know about how we can do our jobs. I grew up in a newsroom where if you weren’t physically there you thought you would die.

“I’m a glass half-full girl,” she says. “I see the opportunities that are going to come out of this.”

used to be a great business of smart , creative people..Now at every level the C and D students at best , who are politicians first, are in charge!!!

this is what happens with diversity first…just like what has happened to our Universities!!