By all measures, sports advertising is dominating ads in all other types of programming, walloping the competition in primetime. All indications are it only has more to grow.
By John Consoli | January 12, 2022 | 5:30 a.m. ET.

Fall and winter TV sports telecasts have lured away a large chunk of marketers’ ad dollars that traditionally have gone into broadcast primetime entertainment programming, and both media buyers and network executives believe there will be no turning back.

Marketers have cumulatively spent as much as 20% to 25% more ad dollars on NFL, NBA and NHL live game telecasts during the current 2021-22 season than they did for 2020-21. And not all of the additional spending totals is due to ad price hikes.

Right now, most sports telecasts are sold out through their respective seasons, after an upfront selling period last summer where as much as 90% of all ad avails were sold in advance of this season.

Media buyers say as much as 50% more advertising was committed to in this year’s upfront than it was last year by ad clients due to concerns about being shut out if they waited until the respective seasons started this fall, winter and even spring 2022.

How incentivized are advertisers to buying TV sports ads? 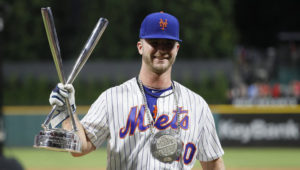 Even ESPN’s telecast of Major League Baseball’s Home Run Derby, which airs the night before the All-Star game in July — seven months from now — has only a couple of ad units left to sell, according to a network exec.

The buyer says primetime entertainment programming ad buys are now being used simply to expand reach to specific demo groups and help find targeted audiences. But right now, he estimates, close to 50% of clients are spending a portion of their ad dollars outside of linear primetime. And within the remaining linear TV ad spending that is taking place, a large percentage of that is being spent on the NFL and other sports telecasts.

Meanwhile, TV sports telecasts are not the only place that is luring ad dollars away from primetime entertainment television. Billions of ad dollars are leaving linear TV to move into ad-supported streaming alternate video on demand (AVOD) services like Hulu, Paramount+, Peacock and Tubi, among others.

Many of those ad dollars are not just moving into entertainment programming on those services, but also into streaming sports programming.

Disney, which now has the rights to NHL telecasts for the first time since 2004, will be showing 75 games on streaming services Hulu and ESPN+, in addition to games on linear ABC and ESPN. And those games on the streaming services all have a presenting sponsor, pre- and post-game sponsors and intermission sponsors, as well as sponsors of studio shows outside of the games on those services.

The NHL moved from NBC networks to Disney and Turner’s TNT this season and both say advertising is just about sold out for the entire regular season into the second quarter of 2022.

“Network television is just not what it used to be,” says one agency executive. “Interest in entertainment primetime advertising is shrinking, while interest in sports continues to grow. Sports is the biggest thing in broadcast television right now.”

The Top 10 advertisers in NFL telecasts this season through mid-December cumulatively spent more than $1 billion on advertising, according to iSpot.tv data.

More ad dollars are also moving into the NBA and NHL, however the totals are much lower than the NFL, because a majority of those games are on cable and because the telecasts are way more plentiful than NFL telecasts so advertising is spread out across every day of the week.

However, one media agency buyer says that NBA advertising was selling at what he describes as “outrageous increases” in this year’s upfront, with regular season ad units selling at CPM increases in the 15%-20% range and post-season units as much as 25% more than last season.

“This year, more NBA inventory was sold in the upfront than ever, and demand for the NBA continues to grow and more and more advertisers are interested in getting into the games,” the buyer adds.

“Having fans back in the stadiums and arenas, all fully engaged once again, has helped accelerate ratings and advertiser interest,” says Jim Minnich, VP of revenue and yield management for sports at Disney Advertising Sales. “We are seeing demand in every aspect of our sports portfolio, and we are also seeing new advertisers and advertiser categories and advertisers who sat out last season who are returning. Many advertisers who took a pause last season in various sports telecasts have come back in.”

Jon Diament, Turner Sports EVP and chief revenue officer, says: “I know I’ve been saying this every year, but we are again having the best year we have ever had selling TV sports advertising. We are setting ad revenue records for all of our televised sports. The NBA has been televised on Turner for 30 years and this is the most NBA advertising we’ve ever sold at this point in time.”

While Covid’s omicron variant has been disrupting player rosters in all of the televised professional sports in the past month or so, for the most part it has not been hurting TV sports viewership.

And an NFL game that was delayed and moved to Fox into a new Tuesday night primetime window in Week 15 drew 14.9 million viewers and was the most-watched show in primetime that night.

During Week 16, the NFL game simulcast on Fox and the NFL Network on Christmas night Saturday drew 28.6 million viewers, second only to the Fox Thanksgiving night game earlier in the season, which drew 37.8 million. And the Sunday afternoon nationally televised NFL games on CBS and Fox, as in years past, have regularly totaled well more than 20 million viewers.

NBA teams, since they have smaller rosters, have been affected more by COVID protocols as far as knocking out starting five players, but most of those games have continued to be played with replacement players, and NBA commissioner Adam Silver says the league has no plans to pause the season.

And viewers continue to watch despite many of the stars missing games. On Christmas Day, two of the three NBA games on ABC recorded more viewers than last year, while the primetime game — Los Angeles Lakers vs. Brooklyn Nets — was down to 5.5 million from 7 million in 2020, but this year it aired at the same time as an NFL game which drew away a chunk of sports viewers. Still, it was viewers watching sports. 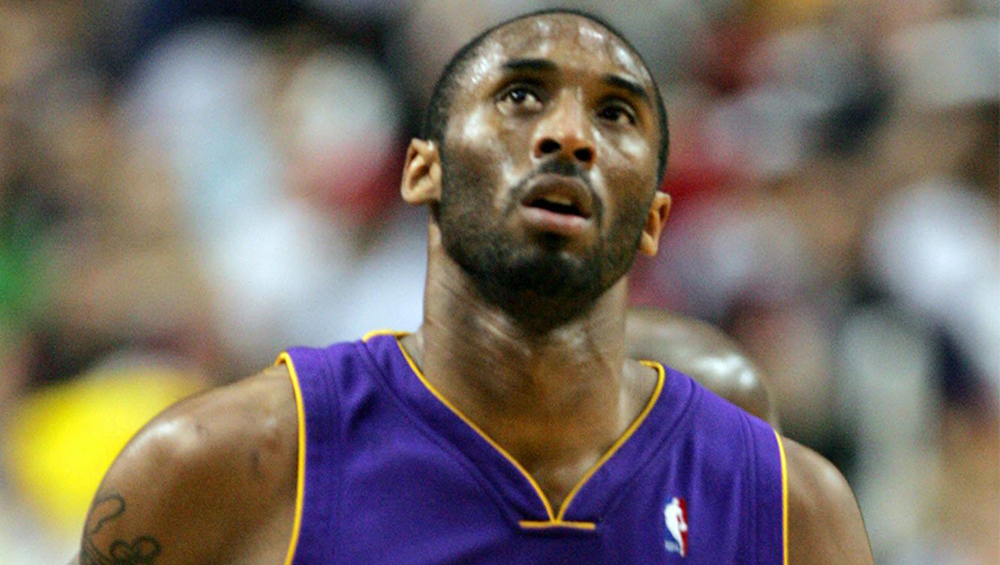 The NHL paused its season for a brief period in December, but that’s no different than last season when the league had a large number of postponed games but made up most of them and completed its season. There’s no reason to believe that won’t happen again, and viewership is up.

Meanwhile, the Winter Olympics on the NBC networks, which are heavily sold out, are expected to go on as scheduled beginning early next month. And the NCAA men’s and women’s basketball post-season tournaments are also scheduled to go on as planned in March, despite the rise in postponements and cancellations of regular season games happening now due to the spread of COVID among the athletes.

Advertising in both the Olympics and NCAA tournament multi-week telecasts are heavily sold out.

Viewership for NFL telecasts on Monday, Thursday and Sunday nights on ESPN, Fox and NBC are so much higher than any other show in broadcast primetime that advertisers have not minded paying higher pricing, regardless of ratings. And the viewership of the late Sunday afternoon national game windows on CBS and Fox, in most instances, are twice or three times as high as any broadcast primetime show.

On Thanksgiving night, the NFL game between the Dallas Cowboys and Las Vegas Raiders drew 37.8 million viewers, the most watched NFL regular-season game in 31 years. And making it particularly rewarding to advertisers, particularly retailers, was that the telecast was the night before Black Friday.

As for the NBA, advertisers are willing to pay higher prices because of the unique audience the games draw — much younger than the other major sports and the ability to reach a large minority audience. In addition, NBA viewers seem to be more active on social media and NBA players are also among the most active on social media sites, and this makes them popular with those younger viewers.

Not only are the Winter Olympics and the NCAA Men’s basketball tournament nearly sold out, but the Super Bowl on NBC was sold out pretty much during the upfront last summer. Those who waited until closer to Labor Day wound up paying as much as $6.5 million for 30-second spots.

NBC also did deals where Super Bowl advertisers were also required to buy ad time in other NBC properties.

As for Sunday Night Football on NBC, ad units last summer sold at double-digit rate increases over the previous year, and scatter unit ads this fall once the season started were selling at 30% increases over those higher upfront prices.

NFL TV advertising also took a boost because an extra regular-season game was added to the schedule, which meant one more week of ad sales for each of the networks. On top of that, the NFL this season allowed each network to sell four ad units per game to the online gambling services like Draft Kings, Fan Duel and others, and those were all new ad dollars for the networks.

Meanwhile traditional TV sports advertisers returned to their 2019 spending levels in 2021, and categories like insurance, retail and quick service restaurant categories have all seen sizable ad spending increases. On top of that, a new category of advertisers in the NBA this season includes cryptocurrency companies.

Close to 90% of the ABC/ESPN NBA regular season ad inventory was sold in the 2021 upfront prior to the start of the season at double-digit CPM price increases over last season.

The five Christmas Day games on ABC and ESPN all sold out well before December, with units in the 8 p.m. Christmas night game between the Brooklyn Nets and Los Angeles Lakers, simulcast on ABC and ESPN, selling for $400,000 per 30-second spot, similar to last season.

NBA playoffs and the NBA Finals on ABC were also about 90% sold in the upfront at high double-digit pricing and the remaining scatter has been selling at triple-digit increases over last year.

“The fact that the season is running on its traditional schedule from October through June brought more certainty for advertisers,” Minnich says.

And if all the advertiser interest in TV sports and the ad sellout levels are not positive enough news going forward, Nielsen recently revealed that it has undercounted some out of home viewers dating back to September 2020.

Since there is notably such a large audience that watches live sports telecasts in bars and other mass audience settings outside the home, this could boost TV sports viewership numbers even more going forward.