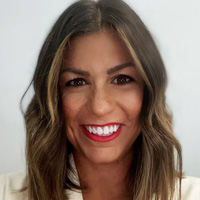 In her new role, Aenlle-Hayes will work with national clients on ad schedules for broadcast and digital, building value and delivering on key metrics. She will also handle all the political business for the station.

“We are all looking forward to Michele coming here to Local 4/ClickOnDetroit and having an immediate impact on all of our existing clients, local and national, as well as future clients in both the broadcast and digital space,” Macko added. “She brings a wealth of knowledge and expertise in both areas. She has a can-do attitude and will do a great job here at the station.”

Since 2018, Aenlle-Hayes has been sales executive at LocaliQ. In 2020, she was promoted to the Diamond-Elite Sales Professional team, representing the top 5% of LocaliQ sales organization across the country. And she was recently recognized as a valued beta test leader during the Gannett-Snapchat SMB merger earlier this year.

Aenlle-Hayes is returning to the NBC family where she previously spent four years of her career with the NBC Owned and Operated Television Stations. She has a history of partnering to develop optimal client solutions across the NBC suite of products, emphasizing digital products.

A Michigan native and a graduate of Michigan State University, Aenlle-Hayes has a bachelor’s degree in advertising with a specialization in public relations. She also has a master’s degree in management from Walsh College.