The broadcast news industry is sure to look very different on the other side of COVID-19, and Bloomberg believes the most thriving news groups in that near future will be the ones in the process of leaning more heavily on OTT delivery — if not at the forefront of it. 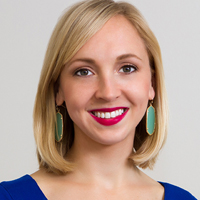 “We already knew that we were headed toward an inflection point before the pandemic,” said Jean Ellen Cowgill, global head of digital strategy and business development, Bloomberg Media and GM of Bloomberg QuickTake, which launched in partnership with Twitter in 2017 and has since expanded to multiplatform delivery. It will launch as an OTT channel in November.

“We saw a record number of households dropping their cable or satellite TV subscription in Q1 of this year,” Cowgill said. “And even if those individuals fell on a hard time in the moment, I think, where they will come back to will be more likely an OTT option.”

Cowgill’s remarks were part of a keynote interview that kicked off TVNewsCheck’s OTT News Summit on Tuesday. She explained QuickTake’s approach to news with TVNewsCheck Editor Michael Depp, noting how the platform was poised to not only survive in the pandemic but prosper.

Comparing the 2020 rise of the coronavirus to the 2008 collapse of the economy, Cowgill noted that in retrospect the latter event may have helped speed up the death of print journalism. COVID-19 could prove to have a similar effect on traditional TV news, she said.

QuickTake sees its audience as “the modern leader,” younger people who are professionally “on the rise,” Cowgill said, “increasingly in charge of teams, businesses, budgets.

“We see this as an audience that’s much broader than who you might historically think of as the kind of core Bloomberg audience of financial market professionals,” Cowgill said. “What we’ve heard from these individuals in our audience research is that they don’t really have a video network that is helping them to navigate the realities of the world today.”

QuickTake aims to fill that void by catering to contemporary audiences with a mix of stories in terms of depth and length, as well as a relatively dressed-down style. The video team alone boasts over 100 staffers, drawing stories and resources from the international Bloomberg newsroom, allowing the platform to produce slick, high-quality segments.

“They do expect premium production … because of the streaming wars and the race to provide a lot of different types of content,” Cowgill said of today’s news consumers who go directly to OTT sources.

Depp noted that, no matter how good production might be, with so much competition discoverability is a challenge for any video producer. Though QuickTake started as “TicTok” and effected a rebrand two years later after the emergence of the social media app TikTok, Cowgill admitted the platform has always been in an advantageous position as part of the Bloomberg media monolith.

Jean Ellen Cowgill, GM of Bloomberg’s forthcoming QuickTake streaming channel, says COVID-19 is driving even larger audiences to OTT and bringing the platform closer to an inflection point. QuickTake hopes to capture younger business… Click To Tweet“We do have a lot of infrastructure in place and an audience base to start with to promote,” Cowgill said. Bloomberg outlets have hocked the digital platform, and QuickTake clips sometimes end up airing on the linear BloombergTV in addition to multiple social channels. QuickTake has 50 million monthly viewers across its platforms, she said.

In November, its OTT channel will launch with 10 hours of daily original programming on a linear feed along with a VOD menu. Viewers will find QuickTake within Bloomberg’s BTV+ OTT app, which is being redesigned to help with the new channel’s discoverability.

Cowgill said she’s currently negotiating with various vMVPDs on which QuickTake will also likely iterate so that it’s findable “across the entirety of the OTT ecosystem.”

It’s a pivotal time for news organizations in the OTT ecosystem, Cowgill said, and being everywhere viewers can discover them there is key.

“This is a moment when everyone is kind of up for grabs,” she said.