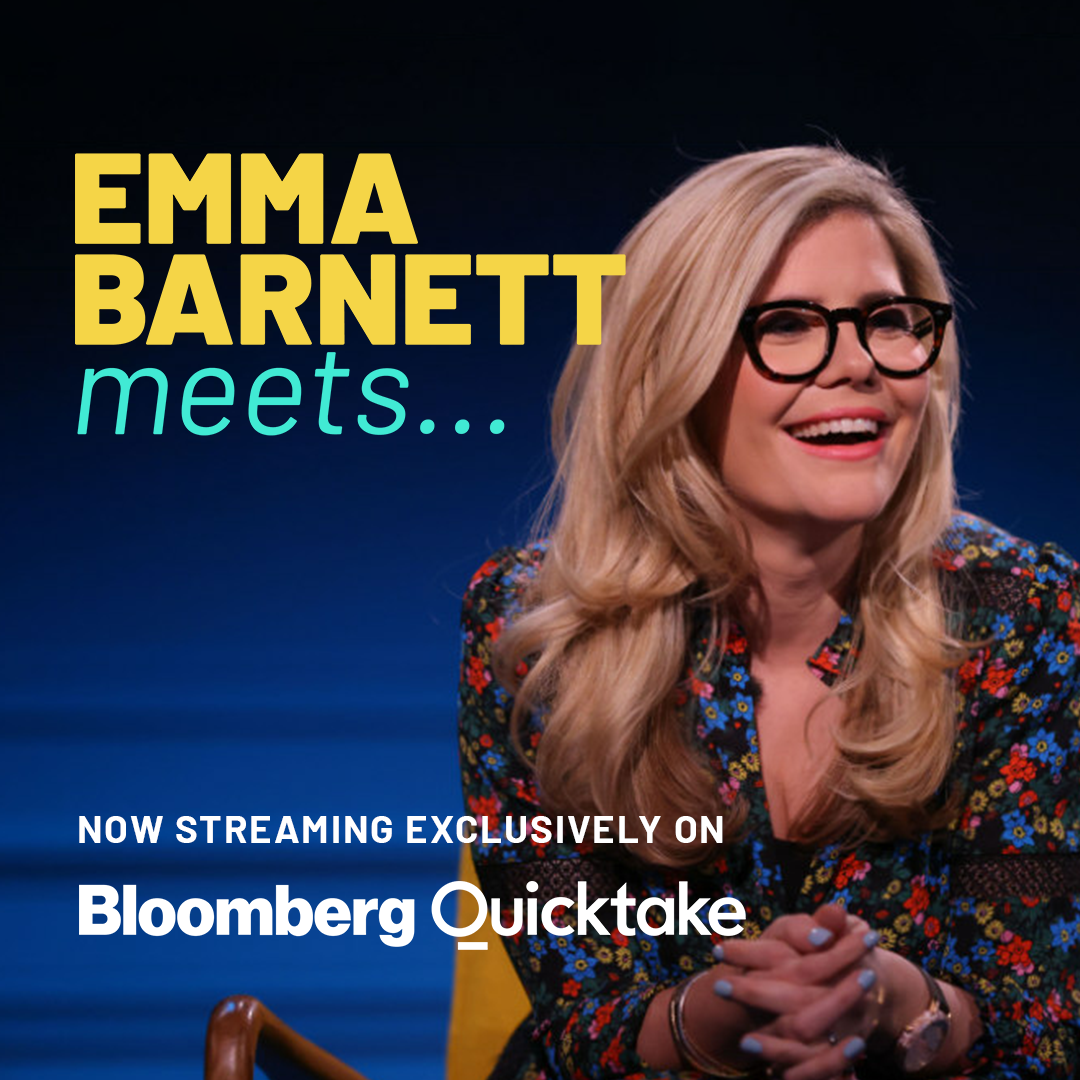 Emma Barnett Meets … premieres tonight on the Bloomberg Quicktake streaming network. Hosted by award-winning British broadcaster and journalist Emma Barnett, the weekly interview series features conversations with leaders in their fields who are advancing and reshaping the global debate.

Throughout the series, Barnett will lead timely discussions with experts in culture, politics, business, philanthropy, technology, and science — where no questions are off the table.  In the first episode, Barnett speaks to Chinese artist and political dissident Ai Weiwei, who discusses cancel culture, criticisms of his work, and what could happen to him if he went back to China — as well as his recently released memoir 1000 Years of Joy and Sorrows. The second episode will feature an interview with award-winning British-Turkish novelist and political scientist Elif Shafak.

Speaking ahead of the show launch Barnett said, “I am greatly looking forward to bringing this program to audiences around the world. My guests are those you want to hear more from — away from soundbites and short clips. Here’s to many surprising and memorable conversations throughout 2022 — at a time when we arguably need our horizons expanded more than ever.”

The half hour show will air on Thursdays at 8 p.m. ET on the Bloomberg Quicktake streaming network and on-demand. The show will be broadcast from a newly designed, intimate studio space located within Bloomberg’s European headquarters in London.

Barnett is a broadcast presenter who has recently been named Interviewer of the Year at the prestigious 2021 British Journalism Awards. She is the current host of the world’s longest running women’s program, Woman’s Hour on BBC Radio 4 and is a regular presenter of the current affairs program Newsnight on BBC Two.

In November 2020, Quicktake launched as a 24/7 streaming news channel aimed at a new generation of business leaders and professionals. In 2021, Quicktake’s audience grew to nearly 50 million monthly global viewers.  When Bloomberg Quicktake first launched in 2017, it was the first 24/7 global social video news network to partner with Twitter, bringing trusted global insight to the speed of social media. Since then it has expanded to deliver social-first video across all platforms.