With the CTV space growing ever more crowded, Discovery+ launched with a big bet that there’s room for “passing the day” programming on streaming. It’s banking on loyal subs to cut the cord, capturing international audiences and ad-supported tiers and commerce for the win.
By Tal Chalozin | January 8, 2021 | 5:28 a.m. ET. 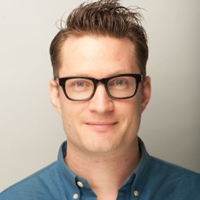 With Discovery+ launching its nonfiction streaming service featuring over 55,000 episodes of more than 2,500 shows, the company is taking an entirely different route in the CTV market.

Many of its competitors feature scripted content like blockbuster movies and shows with star-studded casts, but Discovery+ looks to capture a streaming audience interested in programs they can watch while tackling chores or taking a break from work instead of counting down the days until the next episode of a hit drama drops. There is very little unscripted or reality TV available for cord-cutters, giving Discovery+ a chance to fill the void.

However, with an already very crowded streaming space, is that enough to poise Discovery+ for success?

Costly Launch Must Result In Loyal Subscriber Base

In 2021, Discovery predicts the investment into the CTV market will have a negative impact on its operating income of between $200 million and $300 million. Thus, gaining significant subscribers early on will likely determine the success or failure of the service.

David Zaslav, CEO of Discovery, believes differentiation is the key to its success, emphasizing “passing the day” programming has a place in on-demand. For the company to excel, the service is betting that the switch from linear to CTV will include those watchers who make up the daytime, casual TV viewing base.

Discovery is clearly banking on those loyal subscribers to cut the cord and tune into Discovery and Scripps content directly via the service.

With Discovery+ looking to seize the streaming market for unscripted TV, the company has already launched globally starting with offering the service in India, the U.K. and Ireland.

Teaming up with local broadcasters such as Sky in the U.K. and Ireland, Telecom Italia in Italy and Megogo in Eastern Europe, Discovery+ is taking a different approach from other streaming service giants like Netflix and Disney.

This move could give the company an edge by gaining a significant amount of exposure, especially internationally, which will be key if Discovery+ is to survive the initial financial struggles that come with launching such a product. Creating strong partnerships with local broadcasters is not a new strategy for Discovery — it launched a joint DTC service in Germany, JOYN, with ProSebenSat1. It’s now clear, however, that it may need to pick a route that ensures a simple way for local broadcasters to capture their audiences.

Ad-Supported Tiers And Commerce Will Draw Advertisers And Viewers

With Discovery+ already possessing strong name recognition, it can capitalize on gaining both viewers and advertisers. The service is offering a $4.99 monthly ad-supported tier and a $6.99 monthly ad-free tier, resulting in another prime opportunity for marketers to reach CTV viewers.

In addition, Discovery+ is partnering with Verizon to give customers 12 free months of Discovery+. This ad-supporter tier, combined with free viewership for Verizon customers, is a strong way to add both eyeballs and advertisers right from the outset.

Tal Chalozin: With the CTV space growing ever more crowded, Discovery+ launched with a big bet that there’s room for “passing the day” programming on streaming. It’s banking on loyal subs to cut the cord, capturing international… Click To Tweet

Regarding commerce, Discovery-owned Scripps is known to have built a big business of selling goods along with the shows for HGTV and Food Network. It’s a safe bet to assume that this business can be accelerated in the streaming area, where shop-on-screen is easily doable thanks to the direct viewer relationship. This adds another layer of revenue for the streaming service.

Even if Discovery+ becomes a CTV success story, it won’t change the reality that the space is quickly crowding. The ultimate question is when will the streaming services offered outpace the viewership, even as CTV viewership rises at a lightning-fast rate.

Discovery+ is wise to try to capture its own target audience in this landscape and cement itself as a leader for the non-scripted streaming television viewers.

Tal Chalozin is CTO and co-founder of Innovid.