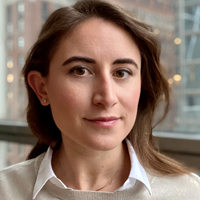 Phillips will lead these central teams in the development of new storytelling formats, and in their efforts to activate new distribution paths and improve Hearst Television’s station-branded digital news products. She was director and managing editor.

Phillips joined Hearst Television in 2017 to lead the central digital teams that curate and produce a broader palate of content for distribution through the station-branded sites, apps and social expressions.

During her tenure, Phillips led Hearst Television’s national digital news desk through one of the most dramatic news cycles in recent history and launched a copy-editing desk to reinforce a companywide commitment to accuracy. Phillips also broadened the reach of Hearst TV station storytelling through national platforms such as Facebook Watch, home to Hearst Television’s “Dispatches from the Middle” and “Field Notes” franchises.

Before she joined Hearst Television, Phillips’ work focused on mobile news experiences at Bloomberg and, previously, The Wall Street Journal, developing push-alert strategies, overseeing newsletters, building Apple News channels, and redesigning and launching news apps. Prior to that, she was managing editor at Mashable. Before moving to New York City, she was a reporter at local newspapers in Georgia and Wisconsin.

Phillips earned her journalism degree from the University of Minnesota, where she served as the co-publisher and editor-in-chief of the student-run newspaper, The Minnesota Daily.