Against market headwinds, OTT monetization won’t happen with a single scheme. Instead, it needs a flexible range of subscription models, advertising and even transactional approaches, experts say.
By Michael Depp | April 8, 2019 | 6:05 p.m. ET. 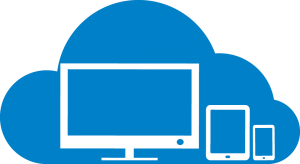 LAS VEGAS — New entrants and established players on the OTT platform will have to keep a flexible approach to their business models if they want to survive in this fast-evolving space.

That was the consensus view of experts at the Streaming Summit at the NAB Show on Monday, who said that everyone from behemoths like Netflix to the most niche arriviste services can’t expect that a single revenue model will yield sufficient ROI.

The OTT universe is a fast-convergence space, but thousands of apps and platforms are still vigorously competing for new users.

“The market is becoming competitive, so you have to diversify,” said Gideon Gilboa, SVP, product and marketing, media and telecom at Kaltura. “Subscription is definitely there, but we’re going to see more variants on subscription.”

Those include microsubscriptions, daily passes and variable pricing, he said.

Price tiering is another, though Peter Gibson, executive director, Comcast Technology Solutions, warned services need to be careful not to confuse the consumer when deploying them. “You’ve got to have a lot of flexibility” around tier-based and point-of-sale models, he said.

Even Netflix, which is arguably OTT’s king of the jungle, is exploring other models beyond its core subscription paradigm, reflective of how OTT’s economics are far from a fixed target.

To have any idea of where that target is moving, it’s helpful to look to the not-too-distant past of the music industry, said Alok Gera, CTO of Synamedia. “We just look at the history of the market to see where it’s going,” he said, and in music’s case, that meant Apple’s iTunes redefining the marketplace around $1 and $2 single-song microtransactions. Those transactions helped allay the content cost, also one of OTT’s greatest burdens.

“There’s a model here you can do something with,” Gera said.

Those next steps are hazy, though, and streamers face challenges from multiple directions.

“It’s relatively easy to stand up a service, but they’re very hard to run,” said Cameron Douglas, VP of Fandango Home Entertainment and head of its FandangoNOW service, which uses a transactional model for premium content.

Among the greatest headwinds are getting content discovered, Gera said. He prescribed connecting with OTT content aggregators as essential to that discovery process.

“That’s critical above and beyond how you get monetized,” he said, adding that viewers will pay for the long tail, but they have to be able to get to it first.

But even the skinny bundle segment of the OTT ecosystem is up against challenges of its own. “The market’s asking for it, but we’re seeing them struggle with the economics,” Gibson said, noting that entrants are struggling with steep content costs and consumer confusion over pricing and the channel combinations on offer.

U.S.-based skinny bundles might turn to stronger counterparts abroad such as Sky, Gilboa said, along with other models in Europe, Asia and developing markets where packages are more customizable and rely less exclusively on cable network content.

But across the board, “the business model is still to be defined here,” Gera said.

Attracting and retaining subscribers is another formidable challenge for any OTT streamer. To that, Gilboa said customer acquisition needs to be highly data-driven. It’s not hard to see viewer usage patterns in the data, he said, and so he urged streamers not to throw any of it away.

“Visibility is really important if you want to have a subscription service,” Gilboa said. That means knowing who’s buying what and when in order to better customize their experience, he added.

“We are in our infancy in terms of understanding the consumer,” Gibson said.

While that understanding coalesces, he advised streamers to focus first on their content and then good analytics around it, letting the business models follow.