In his new role, Ernesto Mourelo will continue to lead the digital strategy for the station group while also leading Hearst Television’s central news team that publishes national and feature news content, produces original video for company franchises including Stitch and “Dispatches from the Middle,” and manages the company’s digital copy desk.
By Mark K. Miller | January 8, 2021 | 1:25 p.m. ET. 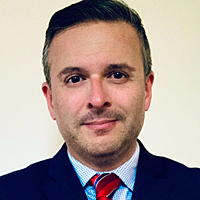 In his most recent position, Mourelo led the digital strategy and social media efforts for Hearst Television’s local TV news websites, which achieved record traffic during the coronavirus pandemic through use of data-driven storytelling and newsletter-delivered updates.

In his new role, Mourelo will continue to lead the digital strategy for the station group while also leading Hearst Television’s central news team which publishes national and feature news content, produces original video for company franchises including Stitch and “Dispatches from the Middle,” and manages the company’s digital copy desk.

“Ernie is an outstanding journalist who has elevated our digital news product in every assignment he has had with Hearst Television,” said Jordan Wertlieb, Hearst Television president. “In addition to his unwavering advocacy of local journalism, Ernie has been an exceptional mentor to many within the company and the industry. His commitment and leadership have contributed to the development of many multi-platform journalists, and will continue to do so.”

Previously, he was a producer and, later, executive producer at San Diego’s KNSD.  He holds a B.A. in broadcast journalism from the University of Southern California.

Among other industry associations, Mourelo is an active member of the National Association of Hispanic Journalists and the Online News Association, and currently serves as president of the New York chapter of NLGJA: The Association of LGBTQ Journalists.