In addition to heading the new streaming service, he will retain his role as executive vice president of marketing at Fox News Media.
By Mark K. Miller | January 12, 2021 | 1:26 p.m. ET. 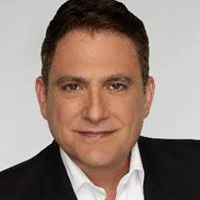 Jason Klarman today was named president of Fox Nation. He will also retain his role as executive vice president of marketing for Fox News Media, overseeing all brand strategy, and will continue to report to Suzanne Scott, CEO of Fox News Media.

In this new role, he will oversee all operations, content and subscriber acquisition of Fox Nation, as well as the continued transformation to a lifestyle and entertainment service, which he spearheaded in late 2019.

Since rejoining Fox News Media as a consultant in 2018 and later as the executive vice president of marketing in 2019 after notably being part of the original team that launched FNC in 1996, he created the Democracy 2020 and America is Watching brand campaigns.

Most recently, Klarman also executed the brand extension of Fox News Books, launching Fox News Media’s seventh platform in October 2020. The publishing platform’s inaugural title, Modern Warriors by Pete Hegseth debuted at number two on Amazon and made the New York Times bestseller list in its first week. The second title, Women of the Bible by Shannon Bream, will be published in March.

Prior to Fox, Klarman was chief marketing officer for Fullscreen Media and from 2008 through 2013, he was president of Oxygen Media, rebranding the service as a multiplatform female-centric network.

From 2004 to2008, Klarman was EVP of marketing and digital at Bravo Media.

Klarman rose to vice president of marketing at Fox News before leaving in 2001 for USA Cable, overseeing marketing for TRIO and Newsworld International (NWI).

He holds an MBA in finance and marketing from NYU’s Stern School of Business and a bachelor’s degree in economics and political science from the University of Michigan, Ann Arbor.