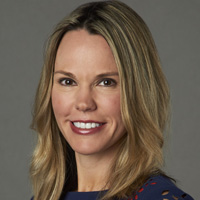 The NAB will present its Digital Leadership Award to Wendy McMahon, president, ABC Owned Television Stations Group, at the 2019 NAB Show in Las Vegas. The award presentation will take place at the Achievement in Broadcasting Dinner on Monday, April 8.

Established in 2015, the Digital Leadership Award honors an individual at a broadcast station, group or network who has had a significant role in transforming a traditional broadcast business to succeed on digital media platforms.

McMahon oversees the company’s local television stations and their digital assets. In her role, she guides the modernization efforts of the group’s leading local news and information brands with a focus on next-gen storytelling, capabilities and distribution.
Key initiatives include the expansion of the stations’ multiplatform content portfolios and reach as demonstrated by the launch of the highly successful digital brand, Localish, as well as the pioneering Community Journalist program that embeds digital-first reporters directly in the neighborhoods they serve.