He will oversee all aspects of the Fox streaming news service, including content, product, marketing and distribution.
By TVN Staff | August 24, 2021 | 1:53 p.m. ET. 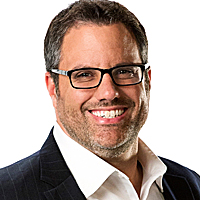 Shareef Abul-Ela today was appointed vice president and head of Fox’s LiveNOW, the national streaming news service powered by Fox Television Stations (FTS). He will oversee all aspects of LiveNOW’s strategy and operations, including content, product, marketing and distribution.

In making the announcement, Jeffrey Zellmer, senior vice president of digital operations for FTS, said: “Shareef’s passion for the LiveNOW product is infectious. Couple that with his proven success as a leader at KTVU, and we are confident he is best suited to lead LiveNOW into the future as we work to grow the number of hours of coverage and expand onto new platforms.”

LiveNOW from Fox is a raw, live and unfiltered streaming news service that has more than 110 hours of live news coverage each week, with limited commentary and no opinion programming. LiveNOW has studios in Phoenix and Orlando, Fla. The stream is available on FTS websites/apps, Samsung TV Plus, Vizio, Tubi, Fox NOW, YouTube and livenowfox.com.

Previously, Abul-Ela was the director of content and coverage for WPXI Pittsburgh. Before that, he was managing editor of KTNV Las Vegas. Earlier in his career, he was chief assignment editor of KDKA Pittsburgh; writer and producer at WLVI Boston; and began his career in broadcasting as the television and radio liaison, studio producer, and chief desk assistant for CBS Radio Network in New York.

A graduate of Allegheny College, Abul-Ela holds a Bachelor of Arts in mass communications and media studies.