Collins | A Glimpse Into The Future Of Entertainment

The pandemic has sharpened focus on new technologies, including virtual applications. "In the next five to seven years, you're going to see multiple waves of virtual devices ingrained into mass consumer electronics," predicts Ted Schilowitz, futurist for Paramount Pictures.
By Mary Collins | August 21, 2020 | 5:30 a.m. ET.

You may have started the morning by asking your smart speaker to play your favorite radio station. Or, perhaps you caught up with the news on your tablet while brushing your teeth. Both of these devices were the stuff of Star Trek long before they made it into our homes.

Media and entertainment have always been how people glimpse the future. No matter if it is the not-too-distant future or far away, as yet-unimagined worlds, the visionaries in our business always have a handle on what’s new and what’s next. In a world suddenly on pause from COVID-19, how our industry pivots in the use of new technologies will be an example to the world.

Ted Schilowitz, futurist for Paramount Pictures, was part of a panel titled The Future of Entertainment during July’s [email protected] He joined a group of technology experts in television, sports, gaming and music to discuss what comes next. Travis Cloyd, futurist and co-founder of Worldwide XR, moderated the panel.

Schilowitz says his work today lies at the intersections of technology, storytelling and creativity. At the top of his list now is looking at the various forms of virtual production to determine the best, safest and most technologically advanced ways to get Paramount back into production. He calls it task force work, finding ways to use “unique environments that are as safe as we can make them.” The entertainment workplace of the future, he offers, will be a controlled environment with a high level of safety protocols.

Bringing game engine technology to the movie set, says Schilowitz, allows creators control over virtually every aspect of production including backgrounds, lighting and, increasingly, the physical details of characters. “If the director wanted to change the time of day, or if the mountains on a virtual set don’t look quite right, a technician just clicks a couple of buttons, grabs some files and 10 seconds later there’s the new mountain.” The same thing applies to characters, the technology has advanced so much that the director can now control things as minute as a character’s eye color.

This new technology also creates a change in the industry’s workplace dynamic and workflow. Things that typically happened in post-production now need to be built and approved before production. Schilowitz refers to it as virtual set design, saying it needs to be approached in the same way as its physical counterpart.

That’s not to say that the virtual is a replacement for the real thing, yet. Virtual worlds still feel antiseptic; there’s still something magical and important about being on location. However, creators are getting better at the artistry of making people believe what they see is real.

A self-described “explorer,” Schilowitz also discussed the future of sports, particularly the fan experience. He says video gaming is swiftly moving beyond today’s stereotypical concept of a video gamer confined to the limits of their computer screen. Rather, he imagines someone being able to play any sport using a virtual reality headset, with no physical opponent.

And say you are a Seattle Seahawks player who misses the fan noises at one of the loudest stadiums in the league. Schilowitz says you can feed an audio signal, with crowd noises from fans across the world, into a jumbotron allowing the players, and their virtual audience, to hear and feel that energy. “It’s just a matter of how far we want to push the envelope,” he says. 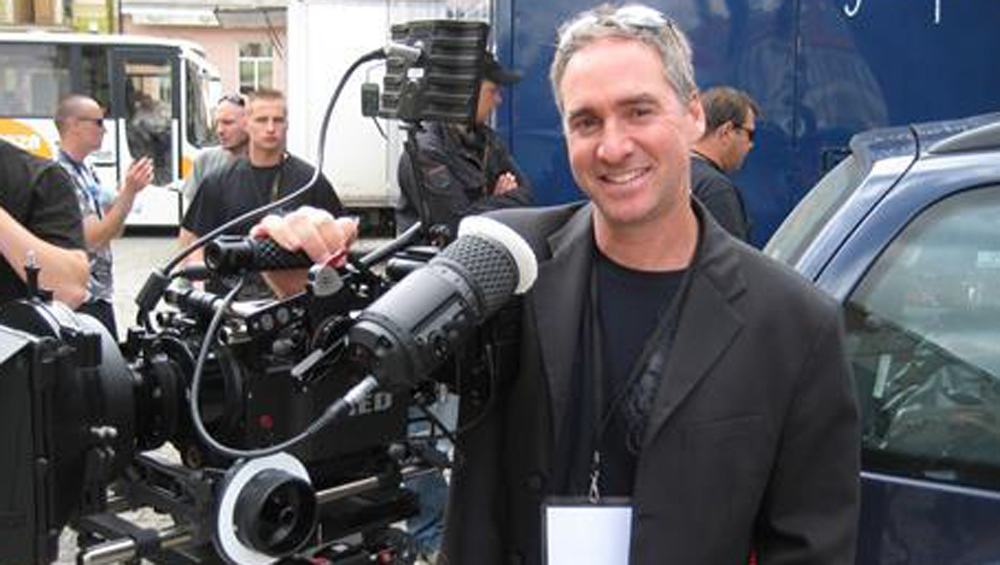 In terms of how we experience this new world, Schilowitz says, “we are entering the age of what I like to call the ‘screenless screen.’ ” COVID-19 has already changed our interaction with screen technology that he says is 40-50 years old. Pre-pandemic people spent 11-12 hours daily in front of what he calls “restrictive technology.” That’s now jumped to 14 hours a day.

Screens, he says, will soon not exist in the way we experience them today. Instead, they will be a virtual layer on reality that will feel transparent to the viewer. Further, he says, every major corporation involved in tech is making capital investments in the billions to make this happen. “This is not science fiction; this is science reality.” Further, he predicts that consumers will have a device that gets them into that screenless screen within the next few years. That sounds like Star Trek’s holodeck to me.

Schilowitz also theorizes that we will all have high-resolution versions of ourselves doing things like dancing or going to a music festival and interacting with other avatars. He references Lil Miquela, a 19-year-old Brazilian-American model, musical artist and influencer with more than a million Instagram followers. In reality, Lil Miquela is not even a person, only an avatar.

“In the next five to seven years, you’re going to see multiple waves of virtual devices ingrained into mass consumer electronics that help us create this new world,” Schilowitz said.

The [email protected] panel also discussed the ways we will access these new technologies. While 5G is fast becoming the standard, it’s worth noting that 10G, the 10-gigabit network via broadband pipes, is just around the corner. NCTA — the Internet & Television Association, says that the industry has already laid the foundation for the ultra-fast speeds needed to support these new experiences.

Technology notwithstanding, Schilowitz says humans like to share stories. Once you have that good story, it’s simply a matter of applying the right technology to bring the story to life.

MFM has been hosting its annual Media Finance Focus conference as a virtual event since mid-June. Among the speakers are Kevin Westcott of Deloitte and Brian Bark of Sinclair Broadcast Group, both of whom offered some future forecasts of their own. MFM members can read some of what they had to say in the upcoming September/October issue of the association’s member magazine, The Financial Manager.

For anyone who would like to hear more from Ted Schilowitz, he will be the opening keynote speaker for MFM’s Media Outlook 2021, now a virtual seminar scheduled for Oct. 21-22.