Back to TVNewsCheck Home Print this page
TVN’S FRONT OFFICE

The Daunting (But Very Worthwhile) Path To ATSC 3.0 And NextGen TV

ATSC 3.0, also known as NextGen TV, promises a huge range of exciting possibilities for TV viewers and multiple new revenue streams for broadcasters. By supplementing traditional video entertainment and information service with a new, efficient datacasting platform, broadcasters of all types stand to increase revenues while transforming their existing spectrum into a vibrant new tool for consumers and businesses alike. The road to implementing this new technology, however, is paved with challenges.
By Dave Bochenek | October 8, 2021 | 5:28 a.m. ET. 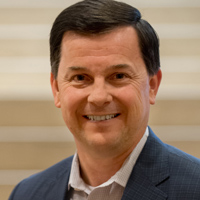 If you’ve been in the broadcasting industry as long as I have, you’ll remember the analog-to-digital (ATSC 1.0) transition put into motion by Congress beginning in 1996. That conversion was completed in 2009 and was painful for many stations and the viewing public. Ultimately, it was worth the effort to be able to offer viewers a plethora of additional programming choices and magnitudes higher viewing quality.

The next iteration of ATSC, ATSC 3.0, also known as NextGen TV, is a technology that many broadcasters are greatly looking forward to, though with some trepidation, due to how challenging it will be to implement. It will open a massive range of opportunities for broadcasters to tap into countless services far beyond television that consumers and businesses are demanding now, and into ones not yet conceived. It is a large and time-consuming commitment — but one that will pay off in spades.

My colleague Jerald Fritz, executive vice president for strategic and legal affairs at Sinclair’s subsidiary ONE Media 3.0, lives and breathes NextGen TV services, and offers a comprehensive overview of ATSC 3.0 in the September/October issue of The Financial Manager, the magazine for members of the Media Financial Management Association, of which I currently serve as chairman of the board. I want to share with you some of the opportunities — as well as challenges — that Fritz outlines lying ahead for broadcasters.

First, the good news. NextGen Broadcasting brings with it a multitude of revenue opportunities for broadcasters — so many, in fact, that I can only scratch the surface in the space allowed here. But here’s a sampling of what ATSC 3.0 can do in terms of acting as a catalyst for the many, many uses of digital data that make up a larger and larger part of how consumers are entertained, informed, and educated, as well as how businesses get things done. It’s all about data, and the ease with which ATSC 3.0 can accommodate different sizes of data streams for a wide variety of uses.

This concept of “data delivery as a service” means that broadcasters everywhere will be able to move far beyond simply providing consumers with video and audio. It may take something of a mindset shift for some broadcasters, since at their heart, broadcasters are dedicated to delivering news and entertainment via video, as part of a data stream.

But because ATSC 3.0 has the ability to seamlessly increase or decrease the portion of the pipe needed to accommodate each service, it can deliver bits of data to meet a massive swath of needs. Here are some other examples of what NextGen Broadcasting will facilitate:

The list goes on. And these are only the applications that experts have considered thus far. There will be hundreds of other uses for the broadcast data platform, scores of which we’ve not yet conceived.

As the owner of the data pipe, all of these services mean incremental revenue for broadcasters. In fact, Fritz believes that within 15 years of deploying the NextGen TV standard, broadcasters could make more revenue from renting their data bits than from advertising revenue.

NextGen TV will offer many non-tangible benefits as well. For one, it will fulfill broadcasters’ public interest service obligations without affecting their over-the-air video business, since the data pipe can easily handle the extra bandwidth.

There’s more. By becoming an integrated piece of high-speed data distribution, NextGen TV will alleviate the physical stress currently placed on unicast broadband systems that are currently near capacity. The promise of 5G will do nothing to expand the capacity of the cell phone network. Integrating the broadcast platform into the converged distribution ecosystem does expand the options for many users.

By leading the implementation of NextGen TV services, broadcasters will invariably focus on leveraging the cloud to deliver data storage, integration, processing and management — all components of this powerful delivery platform. Technology such as artificial intelligence (AI) will come into play, and broadcasters stand to take the lead in developing and using AI to enhance the platform.

While the benefits are clear, the challenges around implementing ATSC 3.0 are numerous, and formidable. As opposed to the aforementioned analog-to-digital transition, the NextGen TV standard faces a somewhat different set of hurdles — any one of which may be fraught with unforeseen problems.

Then comes the complex process of identifying which markets are best suited for 3.0, which facilities within those markets can manage both 3.0 and 1.0, which can host diginets via their 1.0 facilities, whether the programming stations offered on 1.0 meets FCC requirements, and whether stations have access to capital for the deployment. Once these hurdles are cleared, and the channel mapping process is determined, stations then need to secure programming to air on 3.0

After that they must satisfy even more FCC regulatory requirements, install and deploy all the necessary infrastructure, integrate middleware, and build apps similar to what consumers currently use to access streaming services. Suffice it to say, markets require a minimum of five months to get 3.0 fully deployed and operational — assuming everything goes smoothly. And that’s just for one or two stations in a market. Eventually, all stations will need to deploy the new standard to maximize channel use fully.

All that said, the broadcast industry is well down the deployment road. To date, close to 40 markets have at least one station broadcasting with the NextGen standard, and by the end of this year, close to half the country’s population will have access to the enhanced offerings of broadcasters — and 2022 promises even more. The TV receiver industry is keeping pace, with millions of NextGen TV-capable sets sold and more models being introduced each quarter.

And work is continuing to introduce mobile phones capable of receiving these over-the-air signals.

Will NextGen TV be worth it? Absolutely. Will it be painful to implement? Undoubtedly. But I agree with Fritz and thousands of other broadcasters who are banking on this new platform to deliver much-needed and highly desired data service options to consumers, the enterprise, and even the government.

For broadcasters, ATSC 3.0 offers the opportunity to get into a new line of business — one that will benefit us monetarily and, will empower our industry to grow for another generation. This investment is one we must make.

Dave Bochenek serves as chair of the 2021-2022 Board of Directors for the Media Financial Management Association and its BCCA subsidiary, the media industry’s credit association. He is senior vice president/chief accounting officer of Sinclair Broadcast Group, Inc., and can be reached at [email protected].