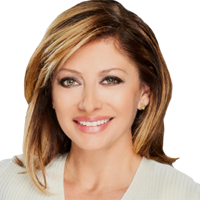 In making the announcement, Suzanne Scott, CEO of Fox News Media, said: “Maria Bartiromo has been a pioneer in business journalism for 30 years. As the first journalist to report live from the floor of the New York Stock Exchange, she has been a change agent throughout her entire career. Her exceptional insights and incredible work ethic have been of tremendous value to Fox Business and Fox News and we’re thrilled to have her continue anchoring each of her stellar programs for many more years to come.”

Bartiromo added: “Fox News and Fox Business have afforded me the opportunity to grow as a journalist and stretch myself in ways I’ve never imagined. I am so grateful for the opportunity and look forward to many more incredible years ahead.”

Joining Fox News Media in 2014, Bartiromo is the anchor of FBN’s Mornings with Maria (weekdays, 6-9 a.m. ET) and Maria Bartiromo’s Wall Street (Fridays, 9-9:30 p.m.), as well as FNC’s Sunday Morning Futures (Sundays, 10-11 a.m.). Throughout her tenure with the networks, she has provided analysis of the issues impacting viewers and their money, while featuring interviews with both economic and political titans. She has also consistently led coverage of the political economy and analysis of major stories, including the 2016 market reaction to the presidential election and the origins of the Mueller Report.

Fox said Bartiromo’s signature pre-market program Mornings with Maria marked its first yearly win over CNBC’s Squawk Box in total viewers in 2018 and has remained one of the most affluent programs on cable, according to Nielsen Media Research. Additionally, her FNC program Sunday Morning Futures routinely ranks as the highest rated show on Sundays in cable news.

Prior to joining FBN and FNC, Ms. Bartiromo was part of the core team that built CNBC. During her 20-year tenure as the face of CNBC, she launched the network’s morning program, Squawk Box; anchored The Closing Bell with Maria Bartiromo; and was the anchor and managing editor of the nationally syndicated On the Money with Maria Bartiromo, formerly The Wall Street Journal Report with Maria Bartiromo.