Quicktake is looking to pick up viewers among the business world’s up-and-comers with a dramatically different programming approach than older sibling Bloomberg TV. The result is an OTT offering with content ranging from super-short to long form, interspersed with signature “datagram” visualizations and a soundtrack you can dance or trance to.
By Michael Stahl | October 12, 2021 | 6:05 a.m. ET.

Tune in to Bloomberg TV at just about any given time and you’ll likely experience a decidedly traditional broadcast, hyper-focused on granular details of the world’s financial landscape. A morning talk show simulcast is nestled between continental-based market coverage; sprinkled to and fro are additional shows examining the business ramifications of developments in tech, politics and other areas.

The programming certainly serves a purpose, with a look and feel familiar to demographics of a certain age. But then there’s Bloomberg’s OTT offering, born on social media, called Quicktake.

With formats as limitless as the World Wide Web that’s reserved a growing digital corner for it, Quicktake is Bloomberg’s high-minded, high-end stab at more long-term sustainability. There are documentaries that run nearly an hour, short stories of a single minute and everything in between. On social, Quicktake stories can even run just a handful of seconds, and the division doesn’t just cover weighty categories like the environment; there’s also lighter fare, engaging with sports, beauty, culture and other more breezy topics.

It’s fairly obvious who this iteration of Bloomberg TV is for. “Its target demographic is the next-generation, on-the-go, on-the-move, mobile-first news consumer, the person who’s on the subway headed to work and rapidly consuming the news,” says Tre Shallowhorn, senior executive producer of Bloomberg Quicktake. 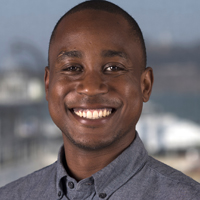 The offering began as an experimental partnership with Twitter, and Shallowhorn says the 24-hour, global programming strategy behind Quicktake was initially optimized for that platform. However, Bloomberg has since expanded Quicktake ’s focus and content to make it fit across multiple platforms.

“If you turn on Quicktake now you’ll see programming that resonates with an audience that gravitates toward more of a leaned-back OTT experience,” Shallowhorn says. “Ninety-second content doesn’t play the same way on television as it plays on your mobile phone, as such, naturally, we are programming more longer-form and episodic content.”

On platforms like Roku and AppleTV, Shallowhorn continues, “that’s where you get more of our documentary series, interview-based shows, live components, and partnership programming as well.”

This month Quicktake will launch a batch of new content cultivated through partnerships, including The Business of Fashion Show, with Imran Amed, founder of the titular fashion-based journalism and information platform. According to promos, The BoF Show “examines how fashion is recalibrating after the pandemic to balance profit with purpose.”

What perhaps separates Quicktake from NBCU’s millennial- and Gen Z-geared NBCLX platform — as just one example of industry-wide attempts to stay relevant with young news consumers — is Quicktake isn’t casting too wide a net. Instead of nabbing as many youthful viewers as possible, in Bloombergian fashion, Shallowhorn says his production team wants to appeal to a “new guard of leadership” in business, up-and-comers he regards as “ambitious, worldly and discerning.

“They have a high expectation for the types of the content they want to consume,” Shallowhorn says, “and so the evolution of our strategy is catering to that new generation.”

The production value of Quicktake programming is indicative of the industry’s growing investment in digital. Because, as Shallowhorn says, Bloomberg stories are so often driven by data, viewers will be fed a healthy dose of data visualization, in the form of tastefully crafted graphics.

Shallowhorn cites Quicktake’s “datagrams” as one signature example. He describes the datagrams as “motion-graphic, animated, 20-, 30-second interstitials that play on our stream, in between shows and series, that give a quick insight into today’s news, but told through the numbers.”

There’s plenty of illustrated imaging outside of the data viz realm, too, as well as trendy-for-digital electronic music soundtracks that sonically range from pulsing to soothing. Quicktake producers know how to slow things down when they have to, but consumers can also depend on post-MTV, fast-paced editing, too.

Browsing the Quicktake homepage, one will find three dozen shows under the banner — though some appear to have been phased out of new production schedules — with more on the way. The Quicktake leadership that oversees all this programming depends on Bloomberg’s worldwide network of newsrooms to produce it.

“We have some of the best journalists in the world and we work hand-in-hand at the ground floor of reporting with the journalists to build out our content,” Shallowhorn says. “So it’s not producers, who are self-contained, working out and building these shows.… We take a global approach to our workflow.”

It certainly appears to be paying off. Bloomberg says this past August was “the biggest month” in terms of viewership across OTT and O&O since Quicktake ’s launch. The company reports a 13.3% growth month-over-month from July, while core advertising for Quicktake increased 310% in the first half of 2021 over last year’s first half.

That kind of success will surely get executives behind more forward-thinking productions, even in what might appear to be a fairly stodgy organization like Bloomberg. 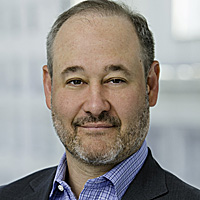 “At Bloomberg Media, we are focused on meeting our audiences where they are,” says M. Scott Havens, chief growth officer and global head of strategic partnerships, Bloomberg Media. “Bloomberg Quicktake delivers on that promise through our video everywhere strategy, giving this new generation of leaders access to long-form and short-form storytelling whenever and wherever they need it.”

Quicktake certainly isn’t your grandfather’s Bloomberg TV, and though the platform is still in its relative infancy, Shallowhorn doesn’t seem to think it’s going anywhere anytime soon. (Of course, neither are young people.)

“I’m incredibly excited about the evolution of Quicktake, of the content programming of the team,” Shallowhorn says. “This is really, truly one of a kind right now for what video creators are doing in this space. From where we’ve come to now, I’m just really excited about the growth opportunities, because I think we’re going to be doing incredibly special content creation for the business world.”

Editor’s Note: This is the latest of TVNewsCheck’s “Newsroom Innovators” profiles, a series showcasing people and news organizations evolving the shape and substance of video reporting. These profiles examine the inception of their innovations, the tools they employ and how they’re reconciling experimental approaches to news storytelling within daily workflows. You can find the others here