Craigslist founder Craig Newmark's donation to First Draft was announced Thursday. The group said it is making free training available to newsrooms and will conduct 14 "simulations" of news events to show how reporters can recognize and stop the flow of bad information.
By David Bauder | October 24, 2019 | 2:14 p.m. ET. 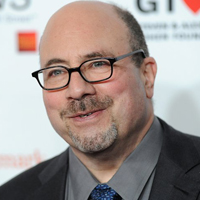 NEW YORK (AP) — A nonprofit that combats disinformation campaigns says it hopes to reach thousands of U.S. journalists for training in the next few months with the help of a $1.5 million donation from Craigslist founder Craig Newmark.

The donation to First Draft was announced Thursday. The group said it is making free training available to newsrooms and will conduct 14 “simulations” of news events to show how reporters can recognize and stop the flow of bad information.

Citing Russia’s effort to influence the 2016 election through various means, including the spread of false or misleading stories through social media, First Draft’s Claire Wardle said journalists need to be alert to interests who will try to avoid detection and find weaknesses in the flow of information. Wardle and her sister, Jenni Sargent, co-founded first draft.

In recent months, a manipulated video of House Speaker Nancy Pelosi has spread online, a false Twitter rumor claimed a mass shooter displayed a bumper sticker supporting Democratic presidential candidate Beto O’Rourke, and there was a call to boycott a restaurant chain based on an incorrect report that it was supporting President Donald Trump.

There has also been a spread of websites that look like local news outlets but spread stories based on a political point of view.

There’s an increasing trend toward memes and facts spread online that though not technically incorrect, promote a misleading view of an issue. Sargent cited one spread by supporters of stronger border control that gives statistics on the percentage of federal crimes committed by people living in the country without legal permission. If state crimes were included, the percentages would be much lower, she said.

“The only way to stop this is to make people more aware before they share,” she said.

Many news organizations have experts well-versed in all corners of the internet, but the knowledge isn’t necessarily widespread. First Draft hopes to change that. Journalists also need to learn more skills to spot errors; for instance, ABC News’ recent mistake of airing video from a military show that it said was from the Syrian border could have easily been detected ahead of time by someone with more technical expertise, First Draft said.

The nonprofit said it hopes to be able to send out alerts about stories to stay away from.

Newmark’s donation is important “because there’s no question that what happens in the next eight or nine months in the U.S. is going to be pivotal,” Sargent said.

Newmark said he also wants news organizations to better communicate with each other to stop the flow of bad information, even though talking with competitors runs counter to the instincts of most journalists.

“We’re living in a period where bad actors, foreign and domestic, are attacking our democracy and I’ve been talking to a lot of reporters who realize that this is all hands on deck,” Newmark said. “They’ve got to get it right this time.”