Executives from CNN, ABC News, E.W. Scripps, Gray and Yahoo say the 2020 election provides them an opportunity to build on the audiences surges they’ve seen on their streaming platforms since the pandemic.
By Michael Stahl | September 24, 2020 | 5:30 a.m. ET.

News organizations say the COVID-19 outbreak helped speed up the already growing viewership trend toward their OTT platforms. But the impending election presents them a watershed moment to retain and build on the large swaths of the audience they gained.

OTT’s digital delivery may inherently be an advantageous means in which to effectively produce news in this tumultuous year, filled with ever-changing health and safety concerns — and now all the pinball-like dynamics of a presidential campaign season. 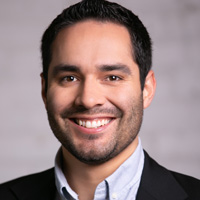 “One of the things that the pandemic just does is it makes our group have to be a lot more flexible and adjust to whatever our audiences need and want,” said Socrates Lozano, senior director of OTT content at the E.W. Scripps Co.

Speaking on a panel about the 2020 election’s OTT programming opportunities, part of TVNewsCheck’s OTT News Summit, Lozano said that his station group was already working to get OTT channels up in each of its markets, in what he called an “aggressive plan” that was in place before the pandemic.

Initially, the company rolled out OTT programming with a focus on just primetime news. “But once the pandemic hit and suddenly audiences started coming into the stream, wanting answers, we ended up expanding to a very aggressive 24/7 strategy plan overnight,” Lozano said, “which was definitely a huge pivot.”

Gray Television had also spun up OTT channels across its stations, going “all in” on the platform about a month prior to the pandemic landing stateside, said Glen Hale, the station group’s VP of digital content and audience development. Gray had installed OTT “desks” in each of the newsrooms in its 93 markets and made sure that they could be manned by a lone individual. 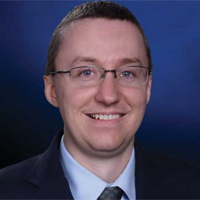 A few months later, when Hurricane Laura struck Lake Charles, La., Gray was able to use those desks “in a way that we had not even fathomed before we had installed them,” Hale said. After KPLC, its Lake Charles station, was evacuated, the group was able to send its crew from there to its WAFB in Baton Rouge, “and route things through as though they were at the originating station,” Hale said.

“Those types of things were eye opening,” he said. “We knew that there would be a lot of flexibility in that type of thing already, but to be able to put it in action [that quickly] it was pretty amazing how it evolved.”

Even a relatively new brand in the space, such as Yahoo Finance, is embracing this chance to build its audience in OTT. 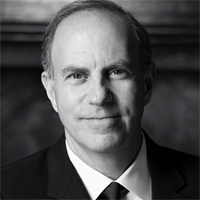 “We’re just pivoting every second of the day; that’s the nature of the beast when you’re OTT, and that’s a luxury,” said Andy Serwer, the platform’s editor in chief, who admitted that Yahoo Finance doesn’t have the name recognition or reputation of CNN or ABC News, for example, but has been able to significantly build an audience during the pandemic.

“I told my team we were at 100, and we went to 200; we’re probably not going to keep 200, but let’s not go below 150,” Serwer said, offering hypothetical numbers that hinted at a doubling up of viewership since the pandemic began. “Getting the word out and understanding that you have to use off-network and social, of course, business development, audience development, to get new people to come to your platform is hugely important.”

Once a publisher has attracted viewer eyes, quality keeps them coming back around. Serwer said Yahoo Finance has been able to leverage its partnerships with HuffPost and Yahoo News to show viewers it means business, sure to serve them well as they cover the upcoming election.

“Lazy reporting cannot happen,” Serwer said. “We need to prove ourselves, and so I think that’s a challenge that our team tries to accept.”

Even the offshoot OTT teams of legacy news brands feel the same drive. 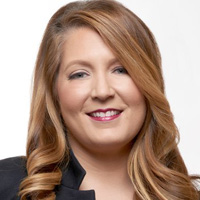 In late February, the brass at ABC News directed Katie den Daas, executive producer of ABC News Live, to construct a daily show focusing on the coronavirus. The result was a 30-minute program with Dr. Jennifer Ashton and whatever health experts the team could book.

“About a week into that they called and said: ‘Can you guys turn your 30-minute, digital-only show into a one-hour network show that goes onto both platforms?’ ” den Daas recalled. “That was Friday night at 7 o’clock, and by Tuesday we were on the air.”

Her team’s flexibility made that pivot possible, and den Daas said to be able to deliver on that request felt validating to the digital squad.

“Usually it’s a one-way street where the network produces content and then we piggyback off of it,” den Daas said. (After a presidential debate, for example, ABC News Live often offered contextual commentary after the fact.) “So, for us to get to produce that content and share it back down that lane, that was great for us.”

Building on such momentum, den Daas added that the election provides “an opportunity for us to really double down on what ABC News does really well and bring it to a new audience, and really grow the future of ABC News, not just ABC News Live.”

Coming off of the surprise results in 2016’s presidential election, she said it feels incumbent upon ABC News and the group’s OTT offering to “continue hitting the issues really hard that our viewers want to hear about versus following the horse race. This is an opportunity for us to actually serve our viewers better, in a more meaningful way,” she said.

Toppo said his team’s job is partially to “fill in gaps,” with “more explainers, more commentary that we can use complimentary really only on OTT.”

When Chris Cuomo came down with COVID-19, CNN’s OTT team developed a series following his journey through recovery.

“Really all we did was package his TV segments in a way that made it look like a series, and we saw that people were going back and watching segments from his show two or three days later,” Toppo said. “So with OTT you have this opportunity to do a lot of incredible packaging that you’re not necessarily able to do on desktop web and mobile apps.”

Such an approach can easily be applied to any element of campaign coverage, and be just one of the ways OTT, a growing resource, can help keep a news organization’s audience engaged.