Fox-owned WNYW in New York has been on the front lines of the coronavirus epicenter for weeks, weathering sick employees, virus vulnerabilities and the gauntlet of covering a metastasizing story with endless moving parts. “It’s the most challenging environment I’ve ever had to manage through,” says VP-GM Lew Leone. Above, Rosanna Scotto interviewing Dr. Anthony Fauci.
By Michael Depp | April 9, 2020 | 5:30 a.m. ET.

New York City is quieter than it’s ever been. And it’s never been more electric with anxiety.

Lew Leone, the VP and GM of the Fox-owned duopoly WNYW (Fox) and WWOR (MNT), is equally attuned to both dynamics in this eerie new wartime version of New York. And each has him equally unsettled.

“First of all, every day for me seems like a week,” he says, coming up for a rare moment of reflection at a station that is firing on all cylinders now 24 hours a day. “It’s all kind of a blur.”

It’s easy to sympathize with his disorientation. Every day Leone walks to work down the now-deserted canyons of midtown. “I cross Third Avenue, Madison, Lexington, Park, Fifth Avenue without looking,” he says. “There’s no cars. It’s surreal.” 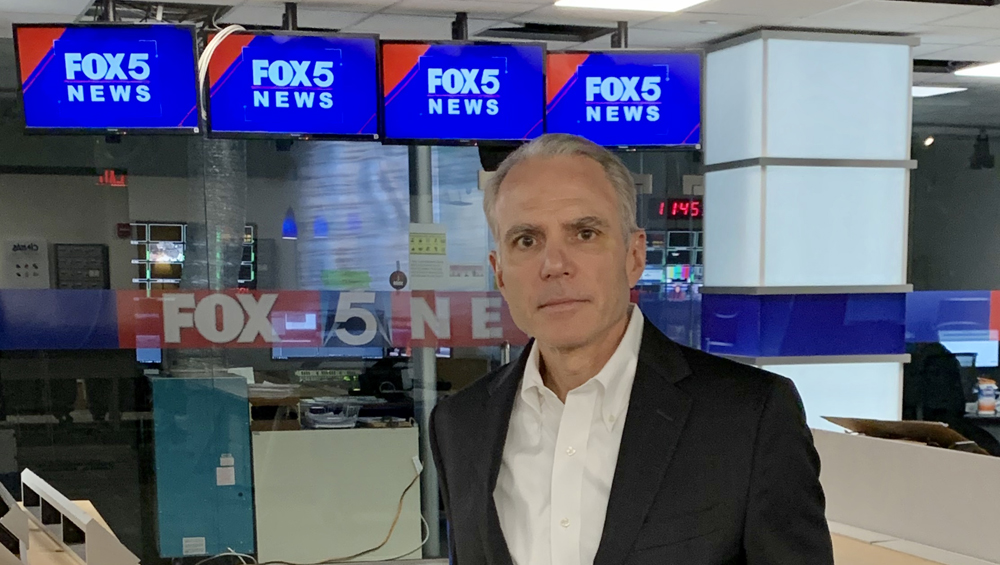 He passes through Central Park, now coming into the full flourish of spring, and fleetingly feels New Yorkers’ communal panic at whether that sudden slight tickle in the back of the throat is just seasonal allergies or the city’s new worst nightmare.

When Leone arrives at WNYW’s 67th Street headquarters, he finds himself in a much quieter TV station than he’s ever worked in, but paradoxically one that has never been so busy. About 75% of his staff of just over 200 is now working remotely after being one of the country’s earliest stations to have a staffer test positive for COVID-19.

At that point, WNYW was largely flying blind in terms of how to handle infection. “There was really not a lot of guidance either from the CDC or health officials or companies or doctors in terms of what the protocols would be,” Leone says.

Affected employees were interviewed, quarantined, isolated. On-site staff for each day’s eight-hour shifts were thinned as much as possible, a winnowing Leone is still working on.

And after seeing several other employees test positive — though not necessarily from workplace exposure — Leone has become draconian about the station environment. “My mantra to the employees has been you need to act like you have the virus and everyone around you has the virus,” he says.

That means riding the elevators one at a time or taking the stairs. It requires wiping everything down before and after a shift, all the way down to door handles. (Leone credits his cleaning crews as some of the unsung heroes of the pandemic.) And certain parts of the building have been closed down, along with narrowing it down to a single entrance.

Having seen his local competitor WCBS displaced from its own building by the virus, Leone has developed two contingency locations — one outside the building and another in New Jersey. For now, he’s cautiously optimistic he won’t have to use either.

“I am closing in on the ability to maintain our footing here because we have separated people so much and we are acting like everyone has it in the building,” he says. “We can work here as long as we have good habits and maintain it like we are in a hospital setting. You are not going to close down a hospital.”

Helping Leone recalibrate WNYW’s building and operations to a war footing has been a team he’s worked with across different stations and considers indispensable. Among them is news director-VP Byron Harmon, “a former Army guy [who is] disciplined and has been to war, so this is sort of how he is approaching it,” Leone says, noting this is the third station where they’ve worked together.

He also cites Emad Asghar, assistant news director, and Brian Quinn, senior manager of news operations, as part of “a great management team that are strong and inspiring and ready for this — as ready as anyone could be.”

Leone heaps equal praise on parent company Fox, which he says has had the backs of both himself and his employees through the crisis. “We are really acting like a family business now in terms of taking care of our employees,” he says, including paying health care premiums for all employees over the next six months, among other non-publicized gestures he says the company has made, including hazard pay for those working in the field.

Fox’s support has helped ease some of his employees’ stress load, Leone says. “They see all around them people are losing their jobs and businesses closing down, so it gives them some sense of security that they are going to get paid and they are going to be recognized.”

Daily meetings with other GMs across the group led by CEO Jack Abernethy have been equally assuring, Leone says, giving them an opportunity to share tips and information as the crisis spreads. He has even received care packages from fellow GMs as the pandemic has stretched on.

Like most stations now working remotely, Leone has outfitted his at-home staffers with a range of necessary basic technology, from LiveU units to Chromebooks and new tripods. Fingers crossed, he says connectivity problems haven’t yet been an issue despite most of New York now consuming a steady Netflix diet.

As to the station’s news content, WNYW is holding steady on its eight hours of daily newscasts, and it’s trying not to wade into the politics that have opened up around the pandemic like yawning sinkholes, especially given the sometimes fraught relationship between city and state governments, not to mention the federal-state tensions.

“We play it really straight here,” Leone says, which isn’t to say politics won’t make an appearance. If Mayor Bill DeBlasio takes a shot at President Trump, for instance, they might cover the fact that he did so, “but we are not doing any type of editorializing on that at all. That is not really what we do.”

What the station is trying to do is give glimmers of hope amid the constant barrage of terrible news. That manifests in pieces like this one about a pizzeria in Belmar, N.J., whose owner took out a $50,000 loan to continue to pay his employees, which led to scores of local residents ordering pizzas from him to send to local hospitals to support him. 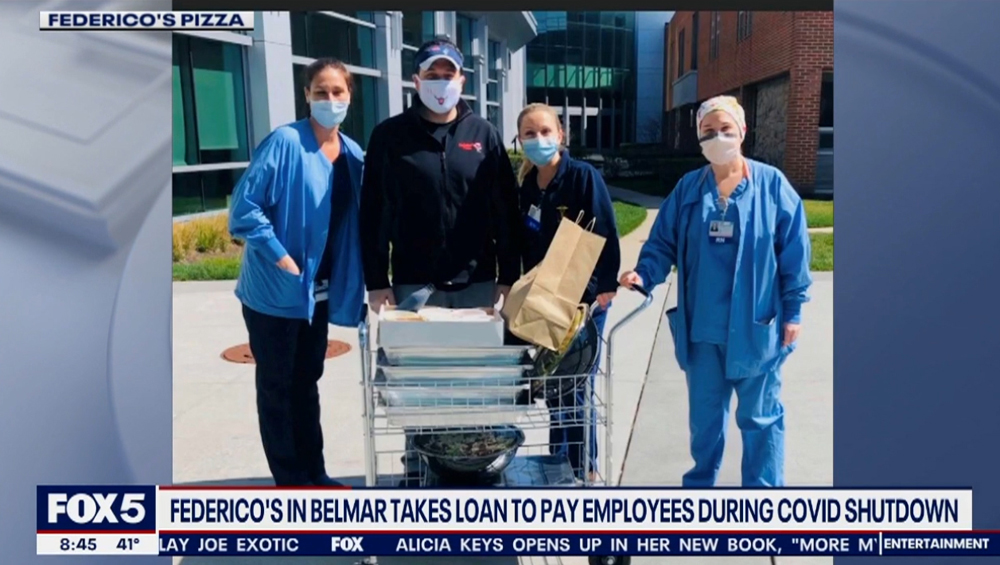 WNYW is also trying to juggle a daily load of sometimes competing press conferences from authorities including New York’s mayor, Gov. Andrew Cuomo and others including New Jersey’s governor. “They all come at different times, you don’t know when they are and our mayor is notoriously late,” Leone says, making coordination hard and preemptions frequent.

The station has also used near-daily segments with Dr. Oz and has landed some high-profile interviews, such as anchor Rosanna Scotto’s recent one with Dr. Anthony Fauci, head of the National Institute of Allergy and Infectious Diseases.

Leone has juggling of his own to do, including with his remote-working sales staff and the advertisers who have hung in through the worst of the crisis. “I am really thankful for a lot of our sponsors that are continuing with their schedules,” he says, citing Toyota, Hyundai and area hospitals as being particularly supportive.

“Business right now is OK,” he says. “The next quarter is going to be tough.”

But Leone doesn’t have time to dwell on that. One thing the pandemic has taught him is there’s only so much one can control, so he’s picking his battles. His main one is keeping his people safe.

“I feel responsible for everyone, and unfortunately with this virus you don’t know where people can get it,” he says. “I just want to feel comfortable that they didn’t get it when they came to work.”

He wants that, and he also wants to keep leading his station through the most unprecedented and frightening experience he’s ever known.

“It’s been the most challenging, stressful environment I have ever had to manage through.”