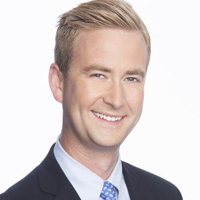 In making the announcement, Jay Wallace, president and executive editor of Fox News Media, said: “Peter’s affable nature, tireless work ethic and dedication to advancing the story on the campaign trail further enhanced our reporting throughout the historic 2020 election cycle. We look forward to adding him to our White House team, alongside Kristin Fisher, both of whom we are confident will provide our viewers with informative insights from President-elect Joe Biden’s administration.”

Doocy has covered President-elect Joe Biden’s presidential campaign since the onset of his candidacy in April 2019. Most recently, he contributed to coverage of the Georgia Senate runoff election and the ongoing developments of the incoming Biden administration.

Prior to covering the Biden campaign, he reported on the 2020 Democratic presidential field and secured several interviews with then-candidates, including Sen. Kamala Harris (D-Calif.), former Mayor Pete Buttigeig, and Sen. Amy Klobuchar (D-Minn.), among others. Doocy also interviewed President Donald Trump during the Iowa caucuses in January 2020.

Since joining the network in 2009, he has contributed to every midterm and presidential election, conducted interviews with leading lawmakers as well as provided coverage of breaking news events across the country.

He received his B.A. in political science from Villanova University. 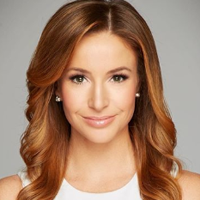 In her role as White House correspondent, Fisher covers the top stories out of the White House across FNC’s daytime and primetime programming. Most recently, she provided nonstop coverage of President Donald Trump’s administration, attended daily press briefings, contributed to the network’s coverage of the 2020 election and reported live on the coronavirus pandemic.

Prior to joining FNC in 2015, she was a freelance correspondent for ABC News/NewsOne and spent four years reporting for WUSA Washington.  She received her B.A. in communication from Boston University.