Fox Weather To Launch On Oct. 25

In making the announcement, Berg said: “We have been working towards this moment for the last nine months and are thrilled to debut Fox Weather with our talented and innovative team, including Amy Freeze whose versatility and decades of experience are a great addition.”

Fox Weather is a free service that will be available at foxweather.com and through the Fox Weather app for iOS and Android. Fox Weather will also available be on internet-connected TVs via Fox Now, the Fox News app, and Tubi.

Fox News says the platform “will also showcase an innovative approach to forecasting, optimizing multiple radar systems, including an immersive, state of the art 3D radar to deliver the most informative coverage surrounding all weather patterns, from immediate to long-term.”

Since announcing the streaming service in December 2020, Fox Weather has hired key talent from the weather industry, including top executives, storm chasers, correspondents and anchors, the latter of whom are all seasoned meteorologists. 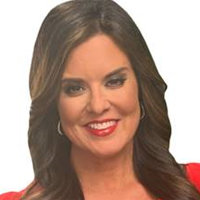 A five-time Emmy-winning meteorologist and television host, Freeze joins Fox Weather from the ABC’s New York O&O. Since 2011, she has been part of the station’s Eyewitness News Weather Team, where she also hosted the Eyewitness News Saturday and Sunday morning shows. Previously, Freeze was the first female chief meteorologist in Chicago, while working at the Fox O&O WFLD.

Prior to that, she was a meteorologist for NBC-owned WCAU Philadelphia as well as a meteorologist and morning show co-host for the KMGH Denver. Additionally, Freeze worked at KPTV Portland, Ore., on its Good Day Oregon.

Throughout her television career, Freeze’s coverage has received numerous accolades, including Emmy awards for Best Weathercaster and Outstanding Host, as well as for her 2007-08 weather special, Surviving Severe Weather. In 2005, she became the 11th woman in the world to earn the Certified Broadcast Meteorologist accreditation from the American Meteorological Society (AMS). She holds Seals of Approval from both the AMS and the National Weather Association.

Over her career, Freeze covered the Olympic Games in Salt Lake City, UT and Atlanta, GA, and was the first female sideline reporter for Major League Soccer, where she worked for more than 10 years before pursuing meteorology.