KNBC’s Beverly White: "I’ve been covering Black Lives Matter protests in Los Angeles long before George Floyd’s killing. The people I see there are angry, dismayed, bewildered and compassionate. And now, they are more multiracial and multigenerational than ever." Above, White covering a recent Black Lives Matter protest in Los Angeles.
By Beverly White as told to Jennifer Pallanich | June 29, 2020 | 5:30 a.m. ET.

I’m a general assignment reporter at KNBC in Los Angeles with more than 40 years in the business, and something has changed in the zeitgeist. We are at an inflection point with these protests.

These protests are different. They’re not like the Rodney King protests, or the Occupy protests. They are more multiracial, multigenerational. The whole world is watching and people of all ages and races are responding in the aftermath of George Floyd’s death.

People are realizing police brutality is the coin of the realm for black folks.

I don’t work weekends, so the protests I’ve covered for NBC4 News in LA have been peaceful. I haven’t been present for the arson or vandalism, and the police haven’t turned on me. The protests I’ve been covering have been organized by Black Lives Matter, and they predate the George Floyd killing.

BLM has a running dispute with L.A. County District Attorney Jackie Lacey, who is the county’s first Black district attorney. They want her off the job for failure to prosecute police officers who kill civilians. So every Wednesday, BLM protests in downtown L.A. in front of the Hall of Justice, which is where her office is. 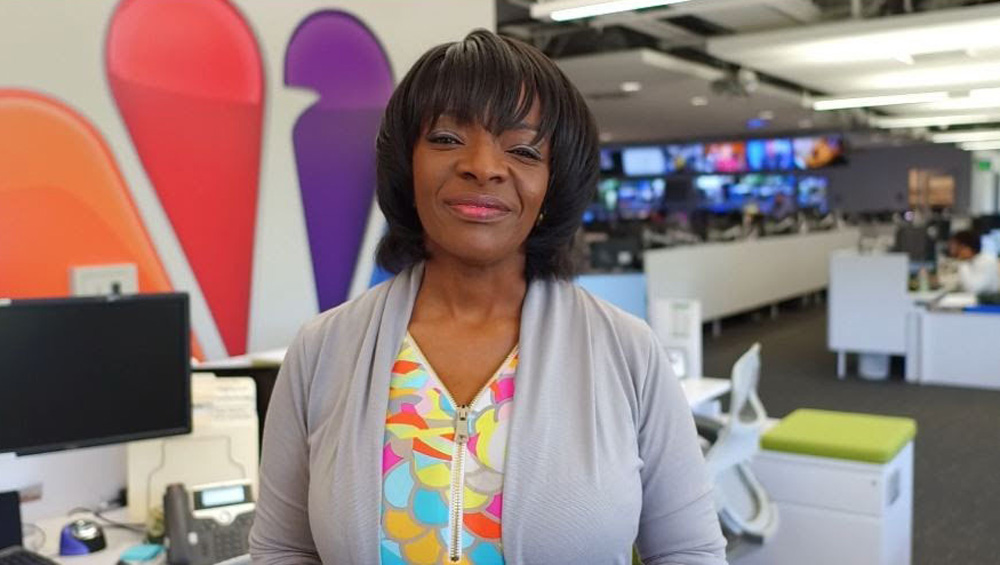 Before George Floyd happened, these were a mostly Black affair, but now the activists have been joined by other races. People are angry, dismayed, bewildered. They are compassionate and well-informed and they’re studying the issues closely before they hit the streets in protest, wearing their hearts on their sleeves.

It makes me think of the Rainbow Coalition and We Are the World clichés.

People have been in lockdown for months because of the pandemic. They were riveted to the television when George Floyd happened.

They got schooled quick.

And they took to the streets.

Police in riot gear are present in case something happens. Some people are masked, and some are not, but we’re all aware of what’s in the air, and we want to live to tell the story and tell the results of all those protests.

As such, I cover the protests from the perimeter, so when there’s danger I’m not at risk of being trampled. I can’t do my story if I have to keep my head on a swivel. I’m wearing a mask, gloves when I can, and have the microphone on a 6-foot stick. I walk up to people on the perimeter and ask why they left their couch to protest when there’s the chance of confrontation.

The protestors start at the Hall of Justice and march for miles. I don’t march with them, though. That’s dangerous with the threat of COVID. I get a representative sampling from the perimeter before they march, and the helicopter covers the march itself.

Not everyone wants to talk, but when they know you’re there to listen, they are generous and accommodating. Some have observed police harassment, and others have been on the receiving end.

During one protest, I saw one white guy wearing a baseball cap and holding a rainbow BLM sign, and I asked him to weigh in about why he’d come out that day.

“I can’t do nothing about it anymore. It’s disgusting. I don’t know how everyone doesn’t want to change the way police are trained. How they can do whatever they want,” he said.

That’s the change. The feeling of solidarity with their neighbors who are tired of being tired.

But not everyone wants to talk. I don’t take it personally. They could have had a bad previous experience with another journalist, or they could be behind on child support. I’ve been cussed out covering these protests.

All in all, the variety of heartfelt responses has taken my breath away. Not everybody believed police brutality existed until now.

Some people loved law enforcement. They believed police were a righteous source for safety and protection. Some despised them. Now they’re looking at their feelings with fresh eyes, and they’re trying to share their transformation.

This has been like a firehose of fresh information. In the past, street protests tended to be segregated, and that’s not the case. Black people are stunned that white people are in the streets with them.

Growing up, all I saw on TV as a child were victims. That’s part of why I got into journalism, to change the narrative and change the messenger.

I feel like Maya Angelou and Dr. Martin Luther King and all the other ancestors who have pushed for positive change in Black America, I feel like they’re watching.

It’s my job to get this right, more than ever.