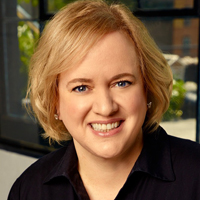 O’Brien spent much of her career within Hearst Television and at CNN, including at CNN International from 2009 to 2012.

“Jillian is the ideal successor to build upon the very solid foundation at our company,” said Joseph Heston, president-GM of KSBW. “She is an Emmy- and Peabody Award-winning executive with more than 20 years of broadcast news experience. Her exceptional work within Hearst, her local knowledge and the expertise she has exhibited throughout her career in managing special series, debates and breaking news coverage position her well for this leadership position on our Central Coast.”

O’Brien began her television journalism career as a desk assistant at CNN, then moved to KSBW for her first tour there, as a producer. She then went to San Francisco’s KRON as an executive producer, where she was part of a team earning an American Women in Radio & Television regional award for outstanding newscast.

She returned to CNN as a senior producer, posted for several years in Abu Dhabi, Saudi Arabia. In 2013 she returned to KSBW as assistant news director, a position she held for four years, and during which she supervised the station’s Emmy-winning coverage of the 2016 Big Sur wildfires.

She holds a bachelor’s degree from Fordham University in New York and a postgraduate diploma in new media, governance and e-democracy from the University of Leicester in the United Kingdom.