The long-time television journalist moves from Magid to oversee news operations at the CBS duopoly in Miami.
By Mark K. Miller | May 3, 2021 | 2:09 p.m. ET. 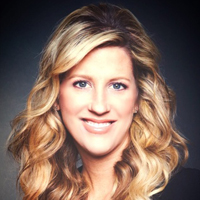 Cavanaugh is joining CBS Miami after most recently serving as a senior consultant with Magid since October 2018. Before that, she was vice president of news for WTTV and WXIN the CBS and Fox affiliates in Indianapolis, from 2014 to 2018.

Darryll Green, the stations’ VP-GM, said: “We are very pleased to recruit someone with Kerri’s experience, collaborative leadership skills and track record of success to CBS Miami,” Green said. “We look forward to having her join our team and helping us maximize our opportunities for growth, including the upcoming launch of CBSN Miami.”

Beginning in August 2014, Cavanaugh played a significant role in helping transition WTTV, which at the time was owned by Tribune, from being an affiliate of The CW to a CBS station in just 144 days. The transition included hiring more than 60 staff members, creating new station branding, a news set, control room and three new websites. In 2015, Broadcasting & Cable recognized Cavanaugh’s leadership and contributions by naming her News Director of the Year.

Prior to helping launch CBS 4 in Indianapolis, Cavanaugh joined WXIN as news director in 2013.

In 2016, WXIN won the Edward R. Murrow Award for Overall Excellence among large-market stations in the highly competitive Illinois-Michigan-Ohio-Indiana region.

Cavanaugh’s new role with CBS Television Stations represents a return to South Florida. She previously was news director at WSFL, the CW affiliate serving Miami and Fort Lauderdale, from 2009 to 2010.

Cavanaugh’s background also includes serving as news director at WXMI Grand Rapids, Mich.; 10 years with the WFTS Tampa, Fla.; where she began as a news producer and rose through the ranks to become senior executive producer; three years with the WPEC West Palm Beach, Fla.; and two years with WBRC Tuscaloosa, Ala.

Cavanaugh earned her bachelor’s degree in broadcast news and speech communication from the University of Alabama.