Back to TVNewsCheck Home Print this page
DMA 70: SPOKANE, WA 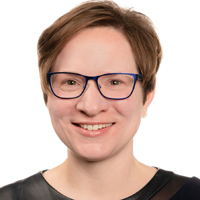 KREM, the Tegna-owned CBS affiliate in Spokane, Wash. (DMA 70), announced that Jessie Kane has been named executive news director, effective May 26. Kane previously worked at KREM as a show producer from 2002 to 2005.

Kane has been the news content director at KXTV, Tegna’s ABC affiliate in Sacramento, Calif., since June of 2017.

Before KXTV, Kane spent nearly 10 years at KING, Tegna’s NBC affiliate in Seattle, including four years as executive producer, where she led a transformation of the station’s morning program and the launch of a new 9 p.m. show.

She also previously worked at WCNC, Tegna’s NBC affiliate in Charlotte, N.C. She has been working at Tegna stations for 18 years.

“Jessie’s knowledge of the Spokane market, innovative spirit, and ability to create a positive newsroom culture make her the ideal leader to build upon KREM’s momentum,” said RJ Merritt, KREM president and general manager. “We are thrilled she has decided to return to her Washington roots at KREM 2, where Jessie got her start in the local broadcast industry nearly two decades ago.”

Kane began her career at Tegna and KREM as an intern while a senior at Washington State University. Upon graduating with a Bachelor of Communication degree, she transitioned into a role supporting KREM and Northwest Cable News.