Back to TVNewsCheck Home Print this page
TVN NEWSROOM INNOVATORS

Cold, a true crime podcast produced by Salt Lake City’s KSL, has kickstarted a major content and revenue front for the broadcaster, drawing Amazon Studios as an exclusive broadcasting partner. Editor’s Note: This is the latest of TVNewsCheck’s “Newsroom Innovators” profiles, a series showcasing people and news organizations evolving the shape and substance of video reporting. These profiles examine the inception of their innovations, the tools they employ and how they’re reconciling experimental approaches to news storytelling within daily workflows. You can find the others here.
By Michael Stahl | August 17, 2021 | 5:30 a.m. ET.

After the megahit true crime podcast Serial put the medium on the map, and now-countless more investigative-style productions like it sparked a cultural podcast craze, then-news director Sheryl Worsley coveted a story compelling enough for her radio station, KSL, which serves Salt Lake City, to produce one of its own.

It would be an opportunity for KSL, both the Bonneville International-owned newsradio station and its sister NBC TV affiliate, to dive headfirst into diversified revenue streams, like many other news brands have done in recent years, with podcasting as a conduit. Podcast advertising investments have skyrocketed of late, now approaching a billion dollars; the most popular podcasts pull in $10 million a year, with overhead of as little as $5,000. 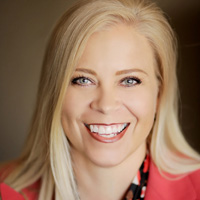 “It’s important for KSL and companies like KSL to consider themselves content companies,” Worsley says. “It’s important not to get locked into the platform and say, ‘Oh, but we’re a TV station or a radio station.’ We are a company that builds great content, and we should not limit ourselves.”

Given the collective resources of KSL’s radio and TV news stations, a true crime podcast leaning on investigative journalism was a no-brainer. Four years ago, Worsley found her story, in a missing person case rife with shocking and grisly detail.

Susan Powell, a resident of West Valley City, Utah, disappeared in December 2009, never to be found. A little more than two years later, after custody of their two sons had been awarded to Susan’s parents, her husband, Joshua, murdered the boys and took his own life.

Then, in February 2013, Joshua’s brother Michael also killed himself, after suspicion grew around him. When authorities closed the case three months later, they did so out of certainty that Joshua murdered Susan, and Michael helped him dispose of the body.

The story drew tremendous local interest and national attention on and off for years. But it was a 2017 release of 30,000 files by investigators that jump started the motor of what would become a podcast juggernaut with KSL’s Cold.

Plenty of news stories emerged from the well of documents; however, when Dave Cawley, a producer for KSL radio, began combing through them, he noticed an increasing number of details that had gone unreported. Among them: Joshua Powell’s audio journal.

“This was the case to do it,” Worsley says. “There was just a trove of unheard, undiscovered content that frankly would not be very satisfying on the radio. On commercial radio — the news clock that we run — the longest piece of audio we play is two minutes, and that’s just not enough.”

After getting the green light, Cawley shifted into gear, working full time for 10 months on what would become the first season of Cold. Much of its content was produced inside KSL podcast studios that had already been constructed for previous shows, of high quality but also of lesser scope.

Cold’s first season launched in November 2018, reaching No. 1 on Apple iTunes the day it premiered. It has since accumulated in excess of 45 million downloads across 18 episodes and nine “bonus” episodes.

“We built a brand with this,” Worsley says of Cold. “If something’s worth doing, it’s worth doing all of the way, and nothing limits success like being too risk-averse to give something the investment that it needs.” 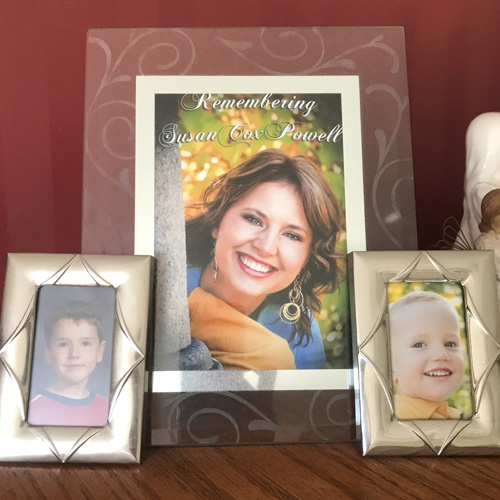 Her team constructed a website devoted solely to the podcast, with exclusive content along with episode recordings, which Worsley says provided an “easy point of entry” for non-podcast listeners. They also launched social media accounts and engaged with users, through Facebook Live events and Reddit AMA’s (“Ask Me Anything” forums), to build a following.

KSL posted the episodes on YouTube and organized a live, ticketed event for nearly 2,000 audience members, with Cawley presenting more new content and conducting an interview with the case’s lead investigator. (Half of the event’s proceeds went to the Domestic Violence Coalition.) Furthermore, KSL spun additional website text, radio and TV news stories from the Cold podcast, with cross-promotion in mind.

“The TV pieces went up to five minutes, which is good,” Worsley says. “Then we put those together and did a documentary, and they also have it on the OTT.”

Cawley appeared on Dr. Oz to discuss the case, and even turned up on rival local radio stations as well. Wondery, the podcast network, quickly signed on as a partner, too, helping to sell ads.

Within a year of its debut, Worsley says, thanks in part to the outstanding production value and the station’s “aggressive” marketing approach, KSL quadrupled its monetary investment into Cold. Since then, the six KSL podcast studios have been upgraded, with more expansion to come as new productions progress. (Worsley says, among other podcasting projects, four more investigative productions are in the works, and notes that another true crime podcast, Hope in Darkness, which launched after Cold’s first season, performed well and was profitable.)

In a move to show the world it was taking a serious interest in the podcasting business, Amazon Studios became an exclusive broadcasting partner prior to the launch of Cold season two — about the murder of another woman, Joyce Yost, by the man who’d previously raped her — in April. In spite of being available only through the Amazon Music platform, Worsley reports that Amazon was “ecstatic” with listenership, which pushed its ranking to No. 1 on the platform when it debuted.

Season two — which, due to the pandemic, was largely mixed remotely — also marked the beginning of a spinoff podcast series, Talking Cold, featuring post-episode conversation about the issues raised on the show. 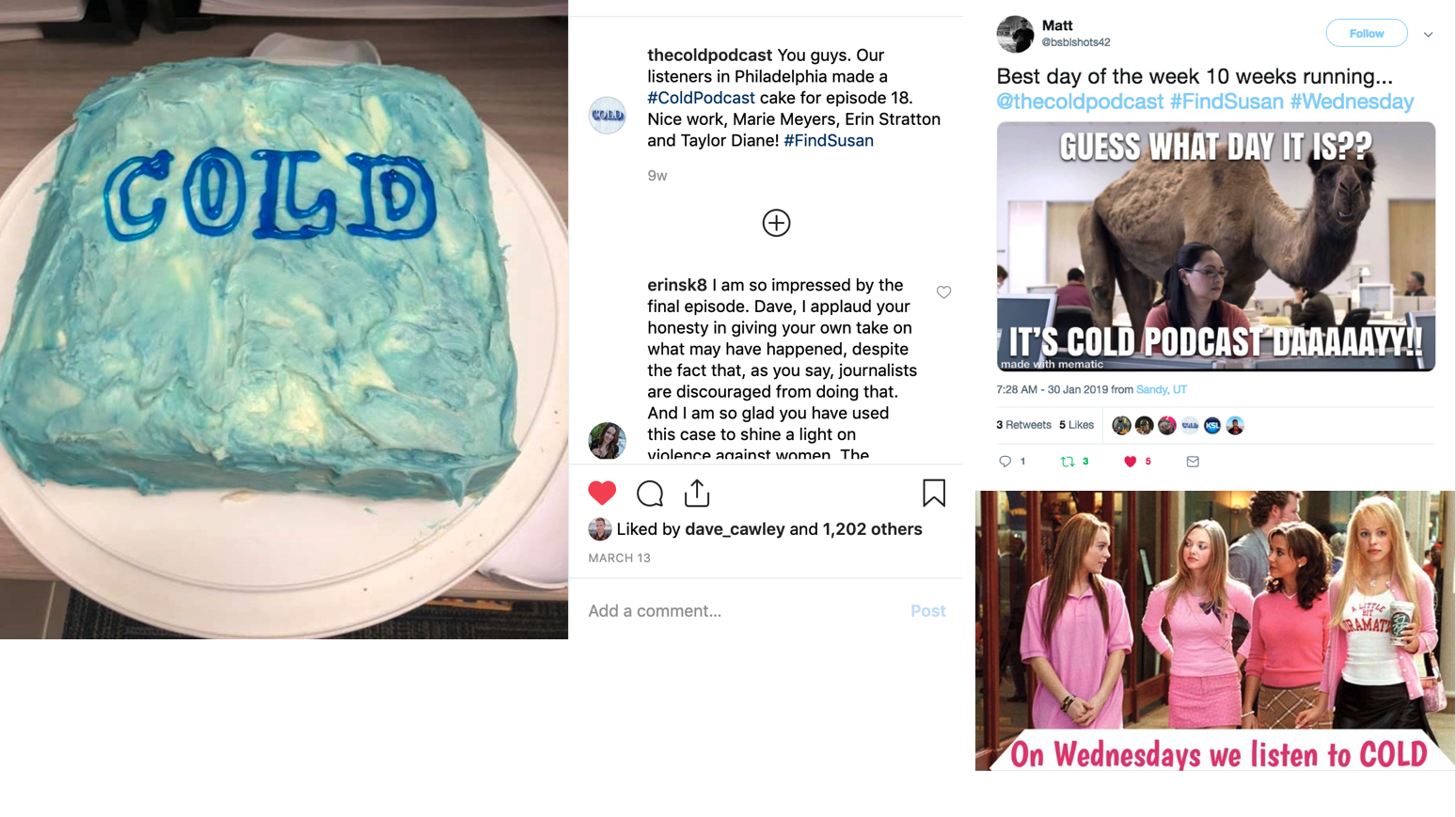 Social engagement for Cold, through Facebook Live events and Reddit AMA’s (“Ask Me Anything” forums), helped build a following.

A couple of audio producers have been hired to help Cawley out, Worsley became KSL’s director of podcasting, and Cold also won two regional Murrow awards. Podcasting for KSL, Worsley says pointedly, is “a significant source of revenue.” A season three of Cold is a foregone conclusion.

“Podcasting has quickly become an important stand-alone part of our business, bringing in new streams of revenue and opportunities for brand extension,” says Tanya Vea, SVP at Bonneville Salt Lake. “We have successfully reached broader, more diverse audiences by repurposing existing content from our TV and radio platforms, while also expanding into new content creation exclusive to the podcast space.

“KSL is known for the quality of our products, and we have maintained that expectation in our development of podcasts,” she says. “The commitment to content is paying dividends in the partnerships we’ve been able to secure.”

For Cold’s host, Cawley, it’s the chance to engage in deliberate, creatively challenging work that’s among the most rewarding elements of the project.

“Journalism underpins everything we do with Cold,” Cawley says. “The ability to spend years working on investigative projects is a rare opportunity in the news business. I’m grateful to KSL for the opportunity to expand our TV and radio news coverage with longform narrative storytelling.”

Even more important, he adds, “has been witnessing how sharing the stories of Susan Powell and Joyce Yost — two missing women whose bodies have never been found — has impacted listeners.”

Worsley doubles down on this sentiment. Profits are nice — and a business requirement — but the chance to affect change is what journalism is truly about.

She says listeners have reached out — through social media posts, emails and through the Domestic Violence Coalition — to say that the podcast has opened their eyes to the many insidious ways people can be controlled and threatened by their partners.

“We do things with purpose,” Worsley says. “Cold increased people’s awareness of domestic abuse. We knew it did some good.”